Though America’s national unemployment rate has improved to about 7 percent, 3.7 million people remain long-term unemployed. For many, their job prospects boil down to a slight variation on a familiar saying: “Those who can, work; those who can’t, work for themselves.”

Without sustainable job opportunities, many Americans are becoming entrepreneurial out of necessity. According to the Association for Enterprise Opportunity (AEO), self-employment is likely to be “the most viable economic option” for the over 40 million people living at or below the poverty line.

The need to support these low-income entrepreneurs is particularly pressing in states like Pennsylvania, where small or “micro” business ownership is ranked 48th in the country. In the Philadelphia region especially, fewer new businesses are being created than the national average.

One solution, or solutions (there are tens of thousands of them) are the college students who come to live and study every four years in the Delaware Valley region.

Many of these students are taking notice of the social disparities in their campus communities and taking action. They aren’t coming empty-handed either; to help, they bring diverse skills sets, fresh perspectives, and an optimistic eagerness.

Yohan Sumathipala, student and co-founder of Swarthmore University’s Social Entrepreneurship Hub, is one of those impact-driven students. He represents one of ten student teams in a new regional contest called Lend for Philly.

“We joined Lend for Philly because we believe microfinance is an entry point for social entrepreneurship,” says Sumathipala. “By helping people help themselves.”

Lend for Philly, the pilot project of the non-profit Lend for America funded by Knight Foundation, is an eight-week contest that seeks to foster collaboration between college students and local entrepreneurs by challenging university teams to map microbusinesses in the Philadelphia area. 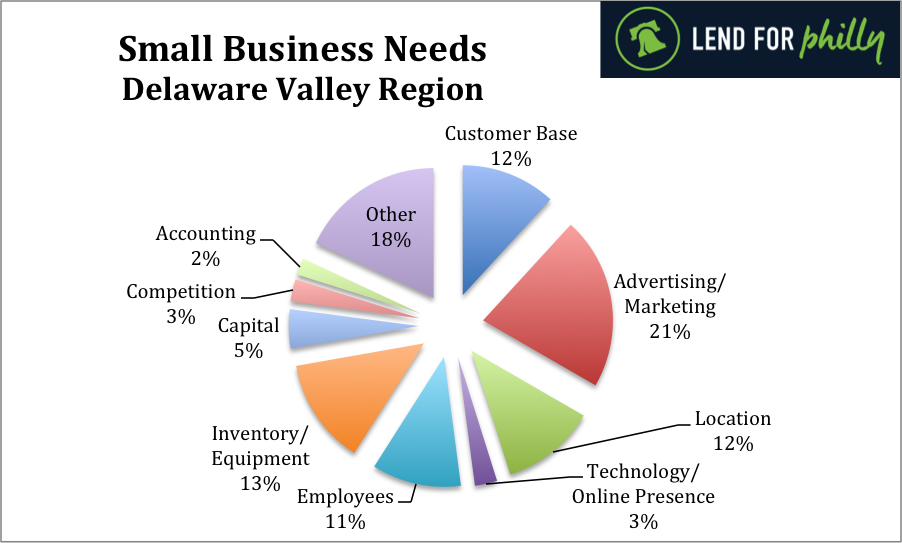 “The idea is to incentivize students to get off campus and into the community learning about small businesses first-hand while also conducting much-needed market research,” says Vanessa Carter, Executive Director of Lend for America.

So far, the project seems to be working. Using the custom mobile site on their smartphones to conduct short interviews with shop owners, students are gaining skills in market research and community development while establishing relationships with local businesses.

“Being a student helps break down barriers and allow business owners to believe you… there seems to be many preconceived ideas about banking institutions,” says Sumathipala, whose student group hopes to offer small loans as part of a larger business development strategy. He adds: “We want to work with businesses, and let them generate their own ideas.”

Many of the student groups are focused on providing lending services to the underserved entrepreneurs who are part of the 24 percent of households considered underbanked or unbanked in the state.

Take Claire Perry for example, another student participating in Lend for Philly, who is also a founding member of Carter Road Capital, the student-run campus microfinance group (‘Campus MFI’) at Haverford College. The group hopes to distribute two microloans before the end of the semester.

“We are most interested in the financial needs of local businesses,” says Perry. The Lend for Philly challenge, she adds, is a platform that is helping the students find qualified loan applicants for their program.

“So far, we’ve found two people that may be a good fit for our program,” Perry says. “The challenge has also been a fun opportunity, to be exposed to the different businesses in the area.”

Microbusinesses (defined as businesses with five or fewer employees) have grown to represent nearly 90 percent of all businesses in the U.S., so they seem to be worth the investment in capital and resources. According to AEO, if just one in three of these microbusinesses hired a single employee, the U.S. would be at full employment.

With that goal in mind, Lend for Philly is offering the university team that maps the most businesses funding of up to $20,000 to support a microbusiness development initiative. After all, developing microbusinesses may be part of the solution to minimizing unemployment in the long term.

“Part of the seed money will directly fund loans to five to ten local businesses,” says Carter. “The goal is to create a multiplier effect as those loans are paid back, and the Campus MFIs relend the money.”

The initiative hopes to support up to 50 businesses in the Philadelphia area over the next five years. But looking forward, Lend for Philly’s “multiplier effect” may extend beyond the Delaware Valley. “We hope to bring the concept to new cities once we demonstrate its success in Philly,” says Carter.

The public may view the contest leaderboard at www.lendforphilly.org until the end of the challenge on May 1.

Charity Yoro manages marketing and communications for the non-profit Lend for America.