Editor’s note: The following is one of several previews posts leading up to September’s SOCAP 11 Conference on Sept. 6-9 in San Francisco.

Anoj Viswanathan is the co-founder and president of Milaap (see recent posts on Milaap here), a pioneering online platform that enables people across the world to lend to India’s working poor. Drawing his inspiration from Lilla Watson’s quote, “… if you have come here to help me, you are wasting your time. But if you have come because your liberation is bound up with mine, then let us work together,” Viswanathan found his true calling when he witnessed the impact of a US$ 25 solar lantern, marketed and sold on credit to the poor people in tribal Orissa, India. This episode inspired him to found Milaap – to connect poor people in India with prosperous Indians and the diaspora.

The business plan was to create opportunities that change the playing field for the poor at a daily level. At Milaap, Viswanathan oversees strategy and operations, building relationships with microfinance institutions, social enterprises, and funders from the development sector. He also is a 2010 Startingbloc fellow, as well as the founding member of the Microfinance Society in Singapore.

“Milaap basically takes low cost money, loaned by you, to the people who need it the most, providing them with the means to a sustainable income and access to necessities for a healthy and dignified life, such as education, water, healthcare, sanitation, energy and sustainable farming.”

Describing his journey as a social entrepreneur, Viswanathan says “since we aim to connect 700 million Indian with the flourishing diaspora, we worked on innovative structures to meet the requirements of myriad regulations in India to build a microfinance model that is financially sustainable and workable.”

There have been several notable achievements to Milaap’s credit, which was first conceptualized in October 2009. It took the founding team members more than 15 months to get their business model right – sound implementation and execution on the ground was filled with a number of challenges and constantly refined through a series of test pilots. While navigating through a regulatory minefield in India for Milaap’s operations, Viswanathan points to the procurement of an approval from India’s central bank, the Reserve Bank of India, as one of the significant milestones in the company’s journey to facilitate the flow of affordable foreign capital into India. Despite so many uncertainties, the founding team at Milaap stuck together and beat the odds. In a validation of sorts, Milaap’s first successful pilot is now also funded by the Small Industries Bank of India, a bank devoted to the development of enterprises in the small scale sector in India. 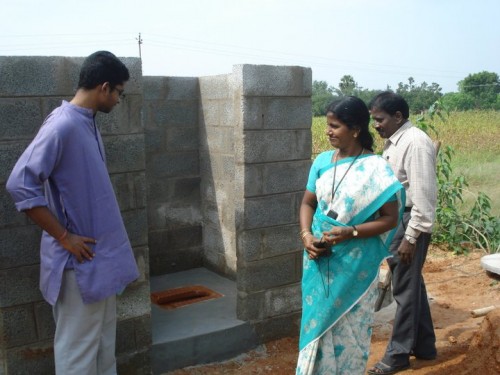 Reflecting on the microfinance crisis in India, Viswanathan notes that there are two facets to the issue vis.-a’-vis. their operations. Milaap initially called itself the antithesis of microfinance as the latter had a “rigid attitude” toward loans with its “cookie cutter programs and high interest rates.” Milaap held fast to the belief that there were a host of unmet needs across rural India, which could only be met through subsidized capital with the interest range of 12-14 percent. Milaap started as the opposite to the prevailing microfinance practice, a direction that was arguably proven correct when the industry went through the severe crisis. However, since Milaap was also identified as a microfinance organization lending to the poor, there were associated perceptional issues and challenges to its operations.

While the general “atmosphere of negativity” was perceivable and hit its operations, Milaap took its time “to convince people that we are different and another approach to microfinance is possible,” Viswanathan says. Milaap’s differentiating model with its emphasis on essential services and market linkages got prominence and was viewed favourably by industry experts. To date, Milaap has raised US $150,000 and has completed successful disbursement of US $85,000, with a 100 percent recovery rate so far. Coincidentally enough, Milaap also did not have a lending exposure in Andhra Pradesh, the epicentre of the microfinance crisis in India. 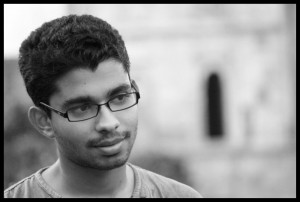 Over the past year, Milaap’s focus has been in scouting and providing cheap money to the poor in India. After having successfully proven a number of pilots in the field and building strong relationships with organizations such as Dasra, First Light Ventures and UnLtd India, the challenge for Anoj and Milaap to is build more credibility, greater awareness, and robust partnerships.

Viswanathan also told me he is excited by the possibilities of sharing his perspectives in the field with global audience afforded by SOCAP 11 and the hope of increasing Milaap’s social impact exponentially. Milaap has its share of compelling stories to relate from the field on social impact: examples include sanitation loans to families with teenage daughters, educational loans facilitating economically rewarding jobs to bright students from poor families, and solar lights as tools to avoid rampaging elephant herds in agricultural fields.

To get a deeper perspective on Milaap’s progress to date, meet Viswanathan and hear more interesting stories, join him in San Francisco at SOCAP 11 for a panel session titled “Village Capital: What if microfinance and angel investing had a baby”, between 2:15 p.m. and 3:15 p.m. on Wednesday, Sept. 7.