The Other NCDs: What’s being done about the global mental health crisis?

In September 2011, the UN called a High-level Meeting on the Prevention and Control of Non-communicable Diseases (NCDs). It was only the second time in history that the General Assembly met to discuss a health issue (the first was HIV/AIDS). The policy recommendations adopted at the meeting address the popular NCD culprits like heart disease and cancer, citing their alarming global reach. Mental illnesses, however, didn’t make the cut.

The omission is puzzling – not only because mental illnesses are also NCDs, but because mental, neurological and substance-abuse disorders already constitute a larger share of the global disease burden than both cancer and heart disease. Major depressive disorders alone will be the No. 1 cause of disability globally by 2030, disproportionately affecting the poor. So in spite of the UN’s omissions, what’s being done? Is the social sector responding to the crisis? Should there be cause for optimism?

I recently spoke with Dr. Giuseppe Raviola, a psychiatrist at Harvard Medical School and Boston Children’s Hospital, and the director of mental health for Partners In Health (PIH). “The data on mental illness, both on burden of illness and cost to societies, is so overwhelming,” he remarked, reflecting on the gap between the intensifying burden of mental illness and its dire under-treatment. “For some, I think that data brings up a sense of fatalism.” But for others, like PIH, it seems more a call to action.

The organization deployed mental health and psychosocial services as part of its emergency response to the Haitian earthquake – the precedent to a growing initiative led by Raviola and his Haitian colleagues at Zanmi Lasante (Partners In Health in Haitian Creole) to integrate mental health care into the country’s health system. “Our mental health work initially developed in the context of immediate post-disaster relief. But we did it in a very strategic way,” he explained, laying the groundwork for an “ongoing community-based model of care.”

By ‘ongoing’, Raviola implies a focus on long-term solutions, working in concert with the public sector to transition from emergency services to integrated, standard care. Because mental illness isn’t an isolated pathology – instead wrapped up in the ongoing challenges that accompany poor health and poverty – it should follow that its treatment isn’t isolated either. From 2010 to 2012, PIH provided care to 25,000 Haitians as it built mental health and psychosocial services into existing and expanding health systems.

The organization’s efforts are something of an anomaly in international development. The World Health Organization (WHO) estimates that upwards of 85 percent of mental illness goes untreated in low- and middle-income countries; its Mental Health Atlas is an accounting of the more or less dismal resources dedicated to the disaffected worldwide. The perennial public health challenge of prioritization – allocating limited resources to a growing global burden of disease – and mental health’s particular lack of ‘marketability’ are together handicapping the field. (It’s relatively easy to galvanize financial support for a young girl infected with malaria; it’s much harder to do so for a person with schizophrenia.) And yet despite the obvious constraints, PIH isn’t alone; a growing cadre of social sector organizations is innovating anyway. 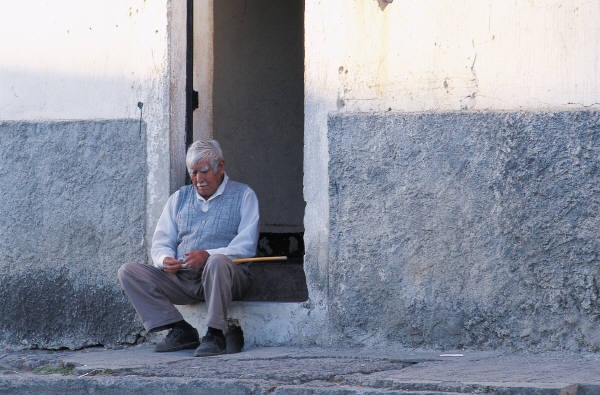 Adalberto Barreto, a psychiatrist and anthropologist, founded the Brazilian Association of Community Therapy nearly two decades ago, pioneering a new approach to addressing mental illness in Brazil’s favelas. Barreto’s methodology is built on the premise that community members (rather than solely health care workers) can be trained to assess and treat the psychosocial effects of poverty and marginalization. To date, 12,000 people have been trained and over 3 million have been treated. Brazil’s National Ministry of Health has signed on to support the methodology’s scaling; 1,600 community-supported Psychosocial Care Centres have since opened nationwide.

In Liberia, an estimated 1.5 percent of the population is HIV-positive, while 44 percent suffer from post-traumatic stress disorder and 40 percent from clinical depression – fallout from the country’s two-decade civil war. Founded by survivors, Tiyatien Health trains community health workers in the delivery of integrated home-based care, reaching Liberia’s rural poor with HIV and mental health services alike. In 2009, driven by the organization’s advocacy, the government outlined its first National Mental Health Policy.

A crop of exciting ventures suggests a growing track record of support in the social sector – in some cases, with experimental models becoming national policy. From the training of community health workers (or ‘task-shifting’) to the collaboration with government, certain patterns across geographies emerge. A laboratory of mental health care approaches in the social sector seems ripe for study and replication. The global health community in turn seems to be stirring: on Feb. 1 of this year, the WHO announced that it will be formulating a comprehensive mental health action plan for 2013-2020, a draft of which will be submitted to the 66th World Health Assembly in May 2013.

Still, the resources dedicated to mental health will in all likelihood remain paltry, at least in the foreseeable future. And yet in the face of stark resource constraints, as Raviola commented, “there are organizations doing great work, and there are governments that are increasingly interested. Progress has been slow, but I see some promising developments.”

Click here to listen to an interview with Dr. David Grelotti, a psychiatrist and fellow with Partners in Health who has been working in Haiti and Lesotho, and Dr. Stephanie Smith, a clinical psychiatrist who runs the Partners In Health mental health program in Rwanda.