The Zambia Journals, Part 2: “Where Credit is Due”

Ryan is a business professional with Medtronic, the world’s leading medical technology company.? He earned a bachelor’s degree from Brigham Young University and an MBA from the University of Michigan’s Ross School of Business.?He writes about sustainable, scalable solutions to end global poverty on his blog Riches For Good and is actively pursuing his goal to help 1 million people out of poverty during his lifetime.

I met Blessings and Francis in October 2008 when I visited the church they both attend in Lusaka, Zambia.? Although some 90 people were in attendance, Blessings and Francis stood out to me for the obvious reason that they were the only two speakers in the main meeting that day. Before Sunday school I introduced myself to all who were present, and I told them I was traveling with a non-governmental organization (NGO) and would be visiting rural farmers in Zambia to help them increase their incomes.? 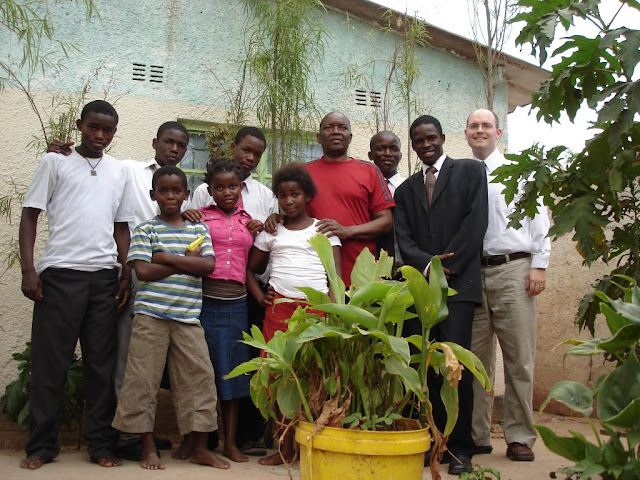 I shared my goal to help 1 million people out of poverty and asked Blessings and Francis for any suggestions.? They each shared their opinion that many people have ideas for small businesses, but they lack startup capital.? They said that microcredit exists in Zambia but is not widely available.? College loans are also non-existent. After our brief discussion at Francis’ house, Francis and Blessings invited me to attend an activity at church the following Friday.? I accepted and looked forward to seeing them again.

While traveling in the countryside during the week, I was busy meeting farmers, as outlined in my previous post.? But in the evenings, as I wrote in my journal, I often thought of Francis and Blessings and wondered how I could help.? They didn’t specifically ask me for help.? They didn’t need to.? Their circumstances were enough. They are both from Zambia, both are intelligent and articulate, both were full-time volunteer missionaries for two years, and both moved to South Africa after their missions to seek employment.? Additionally, both returned to Zambia within the past year due to family deaths and have struggled financially in an economy with at least 50 percent unemployment.

I reconnected with Blessings and Francis around noon on Friday.? Neither had eaten lunch, and they willingly accepted my offer to treat them.? Over lunch, Blessings humbly told me that he had been thinking a lot about our conversation from Sunday, and he decided to postpone starting a garage door installation company so he could help me lift people out of poverty.? I was overcome with emotion, to the point of tears, and I told him that the way for me to get started on my goal was to help him and Francis to pull themselves out of poverty.?

I told them that once I had helped them, they would be in a position to help others.? I also explained that I have a long-term time horizon and that my best option may entail helping few people at first but building up the capacity to help many more later.? I asked Blessings and Francis to walk me through alternatives for how I might help them.

Their first suggestion was that I help them buy a bus, which would provide employment opportunities as well as cash flows that could be invested in a microfinance institution, which would of course make loans to others.? We discussed the startup costs and cash flows of the opportunity.? I then asked Blessings to tell me more about his garage door installation idea.? He told me that he had given up on the idea for now since it would help only him.?

I asked “couldn’t Francis help you install doors?? If you do well, you’ll employ others and will earn enough money that you can provide greater opportunities for yourself and others.”? He glowed as he discussed his planned garage door business.? He explained that he gained a year of experience working for a garage door installation business in Johannesburg, South Africa, where he marketed and installed doors.? As we spoke, it was clear that he had a real passion for this business opportunity, as well as an entrepreneurial drive.

After we attended an activity at church that afternoon, I hired a taxi and asked Blessings to show me around some of the neighborhoods that will demand garage doors.? This was important, because to this point I had not yet seen any upscale houses and therefore was not convinced there was a demand for the product Blessings so eagerly wanted to supply.?

Blessings had the taxi driver lead me to four different construction sites.? The first had a modest need for six garage doors.? The second had only two.? But the third and fourth each had 20 or more houses under construction, with room to expand, and all units had a place for a covered garage, which would be ideally suited for a garage door.?

Below is a picture from the first large neighborhood, clearly showing a covered garage with an opening for a door.? A second picture shows Blessings and Francis at a second large neighborhood where they hope to earn business. 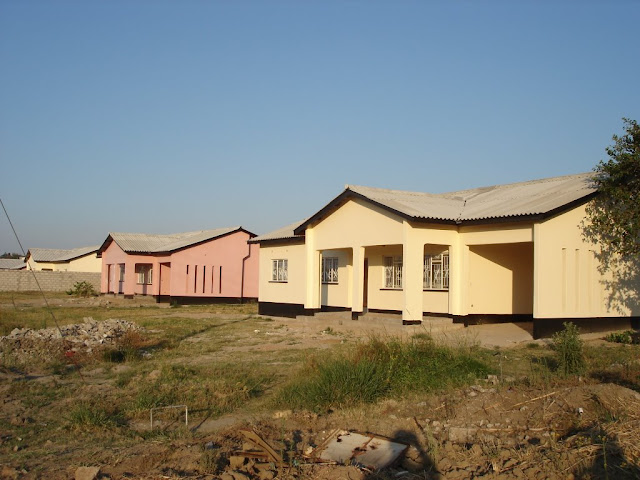 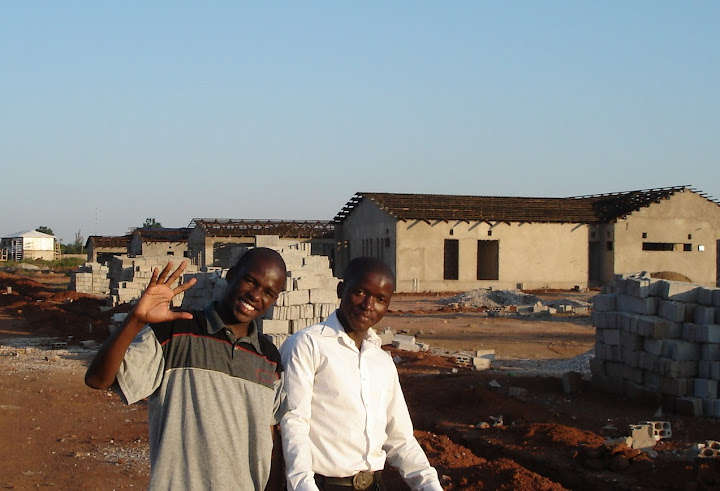 The more I saw, and the more questions I asked of Blessings, the more impressed I became.? I told him on several occasions, “Wow! You’ve really thought this through!”? or “Wow! You really know your stuff!” He has already selected a name for his business, which I won’t divulge since he hasn’t registered the domain name yet, but the name alludes to his aspirations to expand his business beyond Lusaka and, indeed, beyond Zambia.?

When he shared the name and the explanation with me, I said, “Wow! Thinking big, huh?!”? I invested 2 million kwacha (about $500) in their venture and wrote up a basic contract that we all signed.? They have several milestones to complete, at which point I may invest more to provide them some working capital.? Ideally, they’ll soon earn their first revenues and become stable enough that they can borrow from a bank and/or supplier to cover their working capital needs.? Blessings and Francis seemed very humble and grateful and intent on proving to me that I’m making a good investment.

I have a tendency to sometimes write off circumstances to chance, perhaps doubting a Supreme Being’s interest in the details of my life.? But on my last morning in Zambia, as I reflected on the amazing experiences I had during my short trip, I was reminded of a sequence of events that led to my helping Blessings and Francis.? I won’t go into the details in this post but would be happy to speak offline about them. Suffice it to say that I’m convinced that there is a power greater than my own that led me to help Blessings and Francis. My firm belief is that all humans are spiritual offspring of the same Supreme Being, and therefore all humans are literally spiritual brothers and sisters.?

I have no doubt that a loving Supreme Being wants us to help one another.? And as He helped me to extend credit to my brothers, Blessings and Francis, I also wish to acknowledge His hand in my efforts and to give credit where credit is due.? During this gift-giving season, let us all remember that we have the opportunity to request — and to be thankful for — divine guidance in our efforts to do good.