Too Many Cooks: How lack of effective leadership almost killed my social enterprise

Editor’s note: This post is the fourth in our series on social enterprise failures. The series is organized in collaboration with the organization FuckUp Nights. Additional posts in the series include:

Calling All Failures: Failing is a big part of social entrepreneurship. F*ckUp Nights wants you to talk about it

When Awards and Idealism Aren’t Enough: My social enterprise earned a ton of public acclaim – but it was missing something even more important

Premature Innovation: What happens when a social entrepreneur has a great business idea in a market that isn’t ready for it?

Who Moved My Cheese?: A social enterprise discovers that the dairy business is harder than it looks

Mexico has struggled over the years with the question of how to handle its trash. The problem has been grave and widespread, sparking debate in communities around the country over where to put growing mountains of garbage. It has also inspired some promising efforts, from both governments and private companies, to promote recycling in the country. We founded Deltarec because we wanted to be part of Mexico’s growing movement to generate social and ecological value through plastic recycling. The company was born from an entrepreneurship project in January 2011, with a private investment of USD $700,000.

In the beginning, Deltarec was run by partners that included two funders, three entrepreneurs and myself. By December 2012, two of the entrepreneurs and both of the funding partners had left – though a private equity fund had invested another USD $500,000 in the company. By August 2013, both the new fund and the remaining partner had left, and I remained as sole shareholder. What went wrong? Let me explain.

Trouble along the way 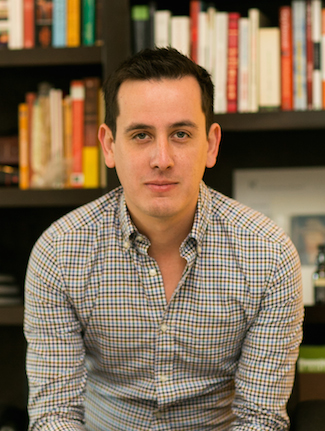 Our initial idea was to buy recyclable plastics to sort, grind, wash and sell, both locally and worldwide. When we started, many people in Mexico had heard of recycling, but only of paper. In practice, this meant none of the partners had actual, hands-on experience in the market. As a result, the learning curve was steeper than what the funding partners were actually willing to invest in.

As we struggled to get up to speed, it soon became clear that things were not working out. We were buying expensive raw materials with high wastage; we made lump sum payments, but sold in installments; and our operational costs were through the roof.

To make matters worse, we lacked the leadership to turn these problems around. Decisions were made by a 10-member management board, which delayed everything. Our funding partners had the largest share and, thus, most of the decision-making power. But since they were not involved in the operation, and had little feel for the business, their decisions were highly questionable.

Every month, we lost the equivalent of over USD $10,000 in operations, and we didn’t know what to do. The accumulated loss reached over USD $475,000 between January 2011 and July 2013. Our assets were valued at around USD $475,000; our leverage was one to one. Then in August 2013, we hit rock bottom. We’d had nine months of consecutive losses, and during the board’s meeting in September, the private equity fund announced their withdrawal, which left the company devoid of machinery and assets.

I was initially conflicted about what to do. Should I keep the business or abandon it, like the other partners had? I didn’t know which end was up. Would perseverance be foolish or admirable – and how could I tell the difference? I decided to take what was left and find a new business model.

Nowadays, Deltarec, in association with Fundación R3 AC, empowers and enables waste pickers to become microentrepreneurs, so they can join the formal recycling industry network. They are registered at the Mexican Tax Administration Service, and employ up to two people, according to the volume of material collected. Once they register, the plastic they gather is transformed and marketed to national and international partners, which generates added value for each piece of plastic. Meanwhile, the waste pickers themselves benefit from much-needed income.

The company has a single administrator, which speeds decision-making within the operation. This social model can compete nationally and has become an important player in the plastic recycling industry in northern Mexico. Many customers prefer working with Deltarec due to its social approach.

Social entrepreneurships are not like traditional companies. In the latter, there are issues such as cash flow, operational deficiencies, market factors, and so on – but the primary focus of the business is clear-cut. In the former, the social issue complicates matters. It’s not enough to chase profits – and the more you do, the more you risk compromising your social vision.

Somewhere in its model, a social enterprise sacrifices a certain percentage of its profit to benefit the community that it serves. This lowers its margin of error, making it harder to withstand the unforeseen. What’s more, the culture of social investment is still in its early stages. Where it exists, it often faces conditions that make its investments less competitive than traditional ones.

In spite of these difficulties, and in spite of our failures, I’m proud that Deltarec’s dream lives on. Through persistence and courage – and through lessons learned the hard way – we’ve built a social model that swims against the current, generating awareness and value in an industry where they have usually been absent.

Fernando Noroña is the General Director and Co-Founder of Deltarec.

This post was translated from Spanish to English by Carlos González-Rivera.