As it turns out, human poop isn’t worth very much. If you’ve ever tried to sell it, I’d venture to guess you weren’t very successful. To the contrary, most of us have to pay someone to take it away.

That, more or less, is the economics of poop. For the world’s poor, that backwards equation isn’t working out very well. Despite the Millennium Development Goal to halve the number of people without sustainable access to basic sanitation by 2015 – one the UN admits it likely won’t meet – a billion people still lack access to functioning sanitation systems, killing millions of them a year. And the little progress that has been trumpeted is largely bypassing the poor.

But if Ashley Murray has something to say about it, the economics of poop are in for a shake-up. I recently spoke with Murray, founder and CEO of Waste Enterprisers and a Fellow at this year’s Unreasonable Institute. “85 percent of human waste generated on the planet is dumped directly into the environment without any treatment at all,” she bemoaned. “It’s very, very frustrating to watch the same approaches being used over and over again.”

Approaches like distributing toilets. It’s commonplace to see organizations campaigning for donations “to reach… [the] 2.6 billion people in need of toilets,” as one large nonprofit puts it. But the problem with toilets is that they fill up. And then what? “Building toilets to me is a band-aid,” explained Murray, who has a PhD from the Energy and Resources Group at the University of California, Berkeley, and an MS from Berkeley in Civil and Environmental Engineering. “It’s not solving anything. If you have toilets that get filled up and don’t have a place to manage that waste, it ends up getting dumped into rivers and oceans. You’re not doing much to help the public health problem of poor sanitation.”

The needed solutions, she argues, are on the backend. “There is literally no point in talking about human waste if you’re not talking about treatment.” In fact, developing countries have set up treatment plants, just like in the industrialized world. But in developed countries, the system functions because citizens pay a water bill, and government subsidizes the plants. 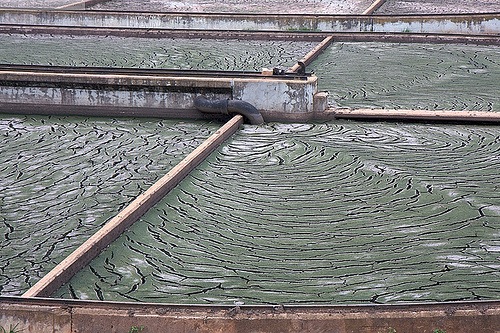 Not so in most developing countries, where “billing systems are rarely well set up and governments aren’t adequately subsidizing costs. So facilities get built, they default on their energy bills, the energy companies cut them off, the employees abandon the plant, and then they’re left to rust,” she explained. Importing that model of treatment isn’t bearing very convincing results.

Enter, Waste Enterprisers – an organization innovating business models to incentivize the collection, transport and treatment of human waste. The breakthrough idea? To re-imagine poop as an economic resource, turning it into a valuable input instead of a waste output.

In other words, it’s making poop profitable. The organization is piloting systems that make use of the energy and nutrients found in our waste to incentivize its collection and treatment. In Ghana, for example, it’s transforming fecal sludge into industrial fuel. The energy found in fecal sludge isn’t too different from coal; so processing that sludge for use by industrial boilers and kilns is giving industries like cement, traditionally reliant on fossil fuels like coal, a climate-friendly and abundant alternative.

With the help of a recent $1.5 million investment by the Bill & Melinda Gates Foundation, operations by Waste Enterprisers are underway to innovate an even broader portfolio of uses for human waste, like converting it into biodiesel. (The Gates Foundation launched an effort last year, backed by $42 million in sanitation grants, to “spur innovations in the capture and storage of waste, as well as its processing into renewable energy.”) 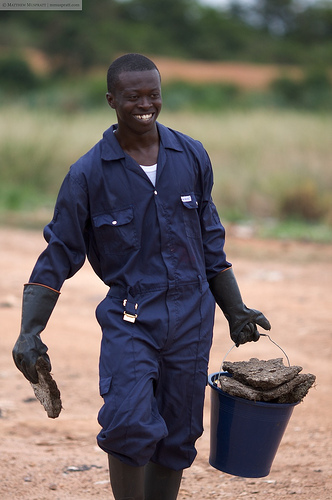 “There’s a huge opportunity here,” according to Murray. “Nearly every city in Africa is producing massive volumes of feces. Nowadays, the demand for alternatives to fossil fuels is huge, like in the EU where they are literally scavenging the globe for clean fuel.” The pieces line up nicely: a market for poop creates an incentive for collection and treatment in developing countries, and in turn supplies alternative energy to industries. Instead of being a second-best solution for the poor, Murray sees this as exactly the opposite: “It’s the most cutting edge way to manage human waste.”

As for ambitions, Waste Enterprisers has its sights set on other West African countries; IFC support might also soon enable opportunities in Kenya. But so far the enterprise is a lone, bold experiment. I asked Murray about her vision of success. “Success for us is seeing some competition in this space,” she said. “The sanitation problem is so massive. In five to ten years, I hope we’re drawing copycats into the market with us.”

If others do catch on, better sanitation and profitable industry might soon go hand-in-hand – an unlikely transition from an intractable development problem to a tremendous market opportunity. As Murray reminded me, “Everybody poops.”