“The sense that we live on a single planet – that paradigm has been building erratically for 60 years. In the next 15 to 20, we need an acceleration, a change in our mindset about that insight,” John Elkington contended, whom I had the pleasure of speaking with last month.

Elkington – executive chairman of Volans and co-founder of SustainAbility – has an acclaimed history of giving voice to the ‘single planet’ paradigm. (We can credit him with coining the now ubiquitous terminology of the “triple bottom line.”) But how we understand that paradigm – the terminology we use, the frameworks we employ, the mindsets we refine – must be persistently evolving. Otherwise, we risk regression.

Take, for example, a 2010 Accenture study that found that 81 percent of surveyed CEOs worldwide thought they had already ‘embedded’ sustainability into their businesses. Current carbon emissions, however, might tell a different story. For those on the frontlines of the sustainability movement, that figure is at best amusing and at worst unsettling. Clearly, the language of sustainability is pervasive, but its imperative is not.

As Elkington sees it, “the C-suite people seem to be embracing sustainability thinking. But in embracing it, they’re often fitting it to different purposes. There are moments when language becomes tired and movements become corrupted, occupied by people with maligned interests or simply people conflating sustainability with CSR.”

Enter, the Zeronauts – Elkington’s latest effort to jumpstart new dialogue. In a soon-to-be-released book (The Zeronauts: Breaking the Sustainability Barrier), he details 50 enterprises and their entrepreneurial champions who are all working towards zero: zero pollution, zero poverty, zero pandemics, zero population growth and zero nuclear proliferation. Instead of ‘balancing’ social and environmental interests with business interests, or relegating sustainability to the CSR department, these enterprises are using zero as a focal point to re-imagine models altogether. 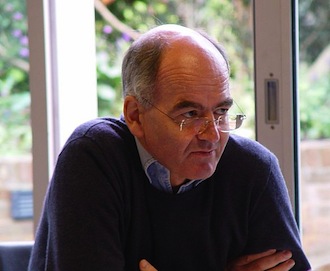 The late Ray Anderson, former chairman and founder of Interface (a global carpet manufacturer), is a Zeronaut prototype. Anderson set out to eliminate all negative impacts on the environment – and use that mandate as a source of innovation. As Anderson reflected in a recent Guardian interview with Elkington, “Zero footprint… has been the most powerfully motivating initiative I have ever seen in 55 years of business.”

While our field may sometimes risk hyperbole – Prahalad’s “fortune at the bottom of the pyramid,” or Sachs’ “end of poverty” – Elkington (pictured left) told me he’s convinced the concept is equal to the challenge. “It’s meant to be a wake up call: unless we decarbonize the global economy on a scale of 130 times, we’re screwed, to use a technical term. It’s possible, but only with a very different breed of innovators.”