The health care systems in countries like the U.S. or Australia may not seem to have much in common with their counterparts in Nigeria or Pakistan. But there’s one problem that’s plaguing both: a shortage of medical professionals.

Dr. Kate Tulenko has seen the impact of this shortage from both sides. She’s addressed the issue in the developing world, as a global health policy specialist and former coordinator of the World Bank’s Africa Health Workforce Program. But she’s also dealing with its repercussions in the U.S., as a practicing pediatrician in a ward supported by the busiest pediatric ER in Maryland. In two recent shifts, she had to close down the ward to new patients because there weren’t enough nurses available.

Many developed-world health care centers are responding to this shortage by recruiting health professionals from countries that are dealing with even graver shortages. In her book, Insourced: How Importing Jobs Impacts the Healthcare Crisis Here and Abroad, Tulenko lays out the reasons why medical insourcing is a lose-lose situation for all countries involved. In part 1 of our Q & A, she explains how we’ve arrived at this point – and the impact it is having on global health. (In part 2, she discusses some possible solutions.)

James Militzer: Why did you frame this book around the impact of insourcing on the U.S.?

Kate Tulenko: Unfortunately, I think most Americans have gotten fatigued from hearing stories of health tragedies in developing countries. So coming up with a story about how this was affecting them – their jobs, their pocketbooks, their health – that would get a little more attention than just another story about how the developing world has problems. And I wrote a book that’s related to the U.S. because that’s frankly where the action is needed. These problems can be extremely difficult to fix if America does not act.

JM: Has medical insourcing increased in recent years, and if so, why? 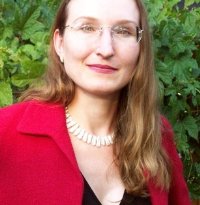 KT: Yeah, it has, and there are many reasons. Basically, the number of occupational and physical therapists, doctors, nurses and epidemiologists that we have been training in the U.S. has remained static. At the same time, our population has grown and we have aged, which increases demand for health workers.

So because of that complete disconnect, employers are desperately trying to find employees to take care of sick people. And they’ve found that the easy route is to import them from overseas. And then Congress, with pressure from rural areas which had the most problem finding health workers, created earmarked visas especially for health workers to come over.

And so they’re getting more years in training, more years in lost income, and greater debt loads. And this has a multiple effect. One, people from African American, Latino, poor or rural communities are less likely to get an education the longer and more expensive it is. So these communities are being shut out of these jobs. And when people graduate from school with greater debt loads, they go to where the high-paying jobs are, which is the major metropolitan areas rather than where the greater need is, which is in rural and underserved communities.

Some people say to me, you know, it’s a global job market – but if you’re going to have a global job market, you need a level playing field. And it’s currently not level, because there are different standards. The U.S. schools are highly regulated, and you have this credentials creep. Whereas if a health professional came over from Guatemala, they do have to pass exams, but they don’t have to have the same degrees. So they just get whatever their country requires for that profession, and that might be four years less of education than in America. 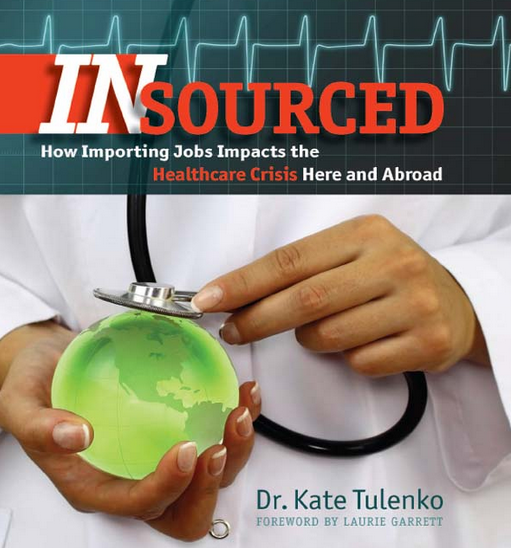 JM: How and where are these workers recruited?

KT: There are a number of different models. Physicians enter through the residency system. For nurses, some large hospitals will go directly and recruit the nurses themselves. Some go through third party health professional recruiting companies. But these recruiters – their techniques are very aggressive. They’ll actually set up a booth at a nurse graduation ceremony, so as the nurses get their diplomas, they’re there to sign them up to go to the U.S., the U.K., or Canada, which are some of the biggest importers. Australia and New Zealand are others – it’s mainly the Anglophone countries, because it’s extremely easy to find health care workers all over the world who speak English.

JM: Can you summarize the impact of these shortages on developing countries?

KT: A colleague of mine was in a hospital in Africa, and there was one nurse trying to take care of 40 laboring women. And a newborn actually fell on the floor, because there was literally no one attending the mother. The WHO and others have shown that the further a child lives from a staffed clinic in a developing country, the more likely they are to die. So it definitely has a major effect on the health and lives of people. The Global Health Workforce Alliance estimates that there are a billion people alive today who will never see a health care worker in their entire lives.

Also, the importing of physicians to the U.S. is the largest cause of loss of African medical school professors. So not only are we stealing the water, we’re smashing the pump. They can’t train more physicians because we’re recruiting away their medical professors.

People call it brain drain, but it also is a brain waste. I have a colleague who’s the dean of a very prominent medical school in Ethiopia. And he and a friend were in the U.S. as young men. They thought they were going to continue their medical careers in America. My friend had an epiphany and decided to return to Ethiopia. His friend stayed in the U.S. And my friend said, “You know what, I’m the dean of one of the most prominent medical schools in my country. I know I’m making a huge difference to my country. My friend is a staff emergency room physician in a suburban hospital outside of D.C. He could have been a leader of the health system in Ethiopia. But now he’s a rank and file physician.”

Imagine the institution where you work: imagine if every year, the top 10 – 20 percent – the best and brightest – just left, never to return. I mean, any institution would crumble within a few years, and that’s basically what’s happening. They are so much more desperately needed at home than they are here. Yet I was talking to the head of the African Nursing Association, and she said that she was unwilling to criticize her colleagues for emigrating, because she herself was considering it. Their countries can’t compete with American salaries.

JM: But could you also say that insourcing provides a meal ticket for a lot of the families of insourced workers?

KT: Well, no. One thing I do in the book is differentiate between types of migration, like unskilled and highly skilled labor. So if you’re talking about, say, Latinos coming up from Central America – they usually have a high school education or less, and the wages they send home are transformative to their families. Children are sent to school, families now are able to have adequate nutrition and health care, etc. And these types of immigrants send very high percentages of their income home.

Skilled laborers already are coming from elite families, so their families already have much more than their basic needs met. And health care workers send much lower percentages of their income home, because they’re usually able to bring their families with them. When they do send money, it goes into consumption, like buying a TV, rather than investment in education, health, basic housing and clothing.

Another way they’re different is that low-skilled immigration is like a social pressure valve, because a lot of unemployed people can be very destabilizing for a country. And so they come to the U.S., they get jobs, money is sent home, and the country stabilizes. The opposite is happening when you recruit physicians and nurses away, because you’re recruiting people who have jobs, and the jobs are now empty. And so their country becomes destabilized.