Hypertension Gets its Moment: Following World Health Day, what’s ahead for a global response?

Infectious diseases have long been the primary focus of health care discussions in the developing world. But in recent years, there has been a lot of attention on the growing burden of non-communicable diseases (NCDs) in many low- and middle-income countries. One prominent NCD, hypertension, was even the focus area for this year’s World Health Day on April 7.

But in spite of this attention, there’s still limited access to care and treatments – like medicines, vaccines and other health technologies – that can address the NCD burden in developing countries. And poor public awareness of the symptoms of common NCDs often hampers efforts to treat them, leading to more severe conditions over time. Hypertension is a perfect example: it’s not highly symptomatic, but if left untreated it can lead to a series of serious complications, including heart disease, stroke and chronic kidney disease (CKD).

How can the global health community move beyond talking about NCDs and toward more effective methods of preventing and treating them in the developing world?

One possibility is by learning from the tactics of developed countries with more experience addressing the NCD epidemic. These best practices can help inform health system design and resource allocation in emerging markets. For instance, the prevailing U.S. philosophy of care has transitioned away from condition-specific treatment to a continuum of care that engages with individuals over their lifespan. This approach attempts to address the underlying causes of disease to prevent poor health outcomes later in life.

As the U.S. health system has learned, expanding the focus from acute conditions to both acute and chronic is not a straightforward task, and it has required the support of both the public and private health sectors.

The progression of unmanaged NCDs often results in life-threatening consequences. For example, the leading risk factors for chronic kidney disease are hypertension and diabetes. In the U.S., 10 percent of the general population has CKD. But 35 percent and 20 percent of people aged 20 years or older with diabetes or hypertension, respectively, have CKD. If left unattended, CKD may advance to End-Stage Renal Disease (ESRD) with permanent kidney failure requiring either dialysis or a kidney transplant.

The way U.S. policy has addressed this condition is very different from other diseases. In 1972, the U.S. Congress passed legislation authorizing ESRD coverage under Medicare. Prior to this policy, only those over age 65 could qualify for Medicare benefits. The change opened up government support for a new segment of the population, covering 90 percent of all U.S. citizens with a severe chronic disease, CKD. With the rise in diabetes, hypertension and CKD, Medicare coverage plays an integral role in financing late-stage NCD care. 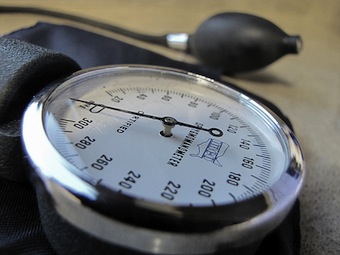 The health insurance model used by Kaiser Permanente and other similar HMOs aligns economic incentives for participating members and care providers through a prepaid integrated delivery system. Under a capitation model, providers are paid a fixed amount for each patient enrolled in the health plan to cover a defined bundle of services over a span of time, regardless of the amount of care the patient ultimately receives. Prepayment/capitation may be broad in coverage, encompassing hospital care for enrolled patients. Or it may be narrow, covering only primary care services, or only services in a specific specialty area.

The Kaiser Permanente model first became popular in California during the 1970s, as it largely improved affordability and quality of care – particularly for the most vulnerable populations. It encouraged physicians to consider the cost of treatment, and refocused care provisions on preventative health care. Prepaid physicians benefited more from encouraging prevention (which was less expensive, with more resources kept by the physicians) and less from treatment of more complicated, progressed diseases (which were more expensive, with fewer resources kept by the physicians). Certain flaws have kept this capitation model from sustaining scale in the U.S. But provider incentive models like this may be worth reviewing as countries think through changing their treatment focus from episodic care to a continuum of care.

Though countries like the U.S. have used a variety of methods to address NCDs, these tactics have not stopped their growth. In the U.S., for instance, the prevalence of hypertension has remained stable – from 1999 to 2010, it remained fixed at about a third of the population over 20 years of age. So it’s unclear which (if any) of these methods should be emulated by developing countries.

It’s also unclear if best practices from countries like the U.S. could be adapted successfully to the health systems in developing-world settings. Hypertension encapsulates one of the obstacles to this approach– and one of the broader challenges of addressing NCDs in low- and middle-income countries. In the case of hypertensive treatments, poor awareness can reduce patients’ willingness to pay for prevention and, once diagnosed, treatment. With low willingness to pay, can we ever create a healthy private market for hypertensive treatments in the developing world? Knowing that many developing countries have active private health sectors, are there innovative ways to engage these providers and create a local market for hypertensive care?

Or, will the public sector have to allocate monies and be the primary source for hypertensive treatment? Many public health systems are already stretched beyond their capacity addressing the remaining burden of communicable diseases like malaria, tuberculosis, etc. Are the political economies aligned behind a sufficient response to the double burden of NCDs and infectious diseases in this constrained setting?

These and other questions remain unanswered. Advocating for NCDs and increasing global awareness is good and appropriate. But what happens when the rubber meets the road?