A Year Your Grandmother Could Love: Crystal ball says in 2014, it’s back to basics like “Wash those hands!”

There are plenty of amazing innovations on the horizon in global health care, but we’re seeing signs that 2014 could follow a back-to-basics theme.

For instance, the fundamental hub-and-spoke business model is finally getting the love it deserves when it comes to serving the BoP.

VisionSpring has become a rock star using this model to sell eyeglasses in El Salvador, India and Bangladesh. Company leaders assumed that “vanity is not monopolized by the rich,” and they’re proving it. They’re close to profitability – and sustainability – in El Salvador, according to COO Peter Eliassen, and business looks ever more promising in India, too. It’s all about finding a blend of customers, with those able to pay helping subsidize those who can’t pay as much.

Other firms are noticing. Among them, ERC Eye Care in India has raised money to expand its eyecare network and launch its first hub hospital. 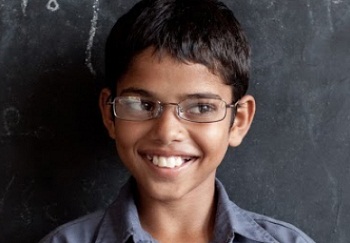 And there’s this: A study of nine hospitals in India that deliver world-class health care at affordable prices found that all of them utilize a hub-and-spoke model.

VisionSpring has developed a sustainable way to sell eyeglasses, left, at the BoP. Others are noticing. Photo provided by Esther Havens.

“High-quality talent and sophisticated equipment” are concentrated in urban hubs, while spoke facilities in outlying areas focus on diagnosis and routine treatment.

The result is lower costs and higher quality of care, when compared to traditional models.

Which highlights another tried-and-true practice that could continue to flourish in 2014: cost-effectiveness instead of cost-cutting.

We see it in the financing of critical medications.

Historically, the high cost of R&D has stunted the development of new medicines for the BoP. Enter J.P. Morgan Chase & Co. and the Bill & Melinda Gates Foundation, which in 2013 launched a $94 million impact investment fund for developing drugs and delivering health care in the developing world.

This new fund limits private companies’ downside risk, which is traditionally baked into the price of drugs. Fund managers are aiming for returns on investment in the neighborhood of 5-10 percent, while Gates and the Swedish International Development Cooperation Agency have both committed to offset as much 60 percent of the potential capital loss in the fund. (The investor group also includes International Finance Corp., GlaxoSmithKline PLC, Merck & Co., the Pfizer Foundation and Storebrand.)

The fund addresses a basic problem in a common-sense way. And so does an emerging market-based approach to insurance for the poor.

About 177 million people in India are already enrolled in India’s national health insurance, called Rashtriya Swasthya Bima Yojana (RSBY). The goal of the program is to provide health care to everyone in India who lives below the poverty line, or about 300 million people. lt involves public and private partners and the beneficiaries are required to make only small payments to register and renew. The results have been remarkable, with more than a dozen insurance companies and 12,000 hospitals participating. (And yes, U.S. Congress, we’re looking at you.)

Speaking of common sense, how about the rise of “sanitation entrepreneurs” in 2014.

The lack of sanitation has been called the world’s biggest problem, since 40 percent of the world’s population lacks access to even a simple latrine, and one child dies every 15 seconds due to contaminated water from human waste.

It’s not an issue that cries out for R&D so much as access and education.

Dr. Patrick Lukulay, vice president of the U.S. Pharmacopeial Convention’s Global Health Impact Programs and program director for the USAID-funded Promoting the Quality of Medicines program, told NextBillion Health Care that hygiene is the most glaring omission in conversations about health care delivery at the BoP.

“I have seen millions of dollars spent to provide cures for infectious diseases,” he said, “but little attention paid to cleaning the environment.”

There are many examples that change is coming, and some of it is incredibly creative, such as “poo” mascots walking around malls.

Perhaps lower in profile, but certainly not in importance, is Global Handwashing Day, with the seventh annual observance set for Oct. 15 this year.

The two biggest killers of children younger than 5 are diarrheal diseases and pneumonia, according to the Centers for Disease Control and Prevention, and handwashing with soap could “protect about one out of every three young children who get sick with diarrhea and almost one out of six young children with respiratory infections like pneumonia.” In fact, the Global Public-Private Partnership for Handwashing with Soap maintains that “ingraining the habit of handwashing could save more lives than any single vaccine or medical intervention.”

When it comes to hygiene, all the experts seem to agree that small steps can lead to incredible results. If that’s not a focus in 2014, it should be.