Earlier this month, the philanthropic impact investing group Acumen announced it would be expanding to Latin America. The relatively new office in Bogota is Acumen’s sixth, with the five other offices based in Africa and South Asia near the 80-plus companies in which Acumen has invested since 2001. Acumen mainly takes venture equity positions in a variety of social enteprises and a wide array of industries that employ or serve the poor. In 2013, Acumen raised $15.7 million in philanthropic capital, including a $3 million grant from The Oak Foundation to expand in Latin America.

I recently caught up with Acumen’s Latin America Director Virgilio Barco, who is based in Bogota and joined Acumen in 2013. He had previously served as executive director for the nonprofit Social Investment Bank (Banca de Inversión Social), one of the early impact investing groups in Colombia. We talked about Acumen’s long-term social sector and portfolio goals, and the state of impact investing across Latin America, which may have gotten a slow start compared to other regions of the world, but seems to be making up ground at a rapid pace.

Scott Anderson: Acumen recently announced its launch in Latin America and unveiled its first investment. However, you have served as director for Latin America based in Bogota since 2013. Can you explain what you and the team have been up to in the last 18 months in terms of assessing the market?

Virgilio Barco: We have taken a very conscious approach to our work in Latin America, thinking from the onset about the implications of our work and identifying where we could have the greatest impact. The first 18 months involved getting our strategy right and starting to build our pipeline of investments in Colombia and Peru, our two initial target markets. We have decided to focus our initial efforts in agriculture to tackle one of the biggest challenges facing Latin America: how to significantly boost the income of smallholder farmers and reduce the growing inequality between cities and rural areas. In Colombia, solving this challenge will be a key element in assuring lasting peace. We have identified an interesting pipeline of companies tackling issues such as how to improve quality and yields, provide technical assistance, streamline logistics and access markets. In Colombia, we will focus on post-conflict areas where private investment not only impacts livelihoods but can also help generate trust and rebuild the social fabric. In Peru, we will focus on the Sierra and the Amazon, the two least developed areas of the country. Though we will start with agriculture, we will soon look to expand our efforts in the sectors of education and energy in both countries.

SA: Where do you see the greatest need for patient capital in Latin America?

VB: There is a huge gap in financing for social enterprises in the $250,000-$750,000 range. A lot of companies get grants to start up, then access friends and families for additional funding. But when they get their businesses up and going, they find that most funds will not consider putting less than $1 million into a company. This “pioneer gap” is exactly where Acumen is focused and where we can add a lot of value to the ecosystem. Latin America has historically been a hard place to invest as many social enterprises have very slow ramp-ups. That’s where our patient capital is most needed. 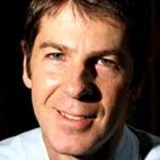 SA: The first investee company is Siembra Viva, which the announcement notes “connects Colombian smallholder farmers selling organic produce to customers in cities through a logistics, technical assistance and e-commerce platform.” Why was this an attractive investment for Acumen?

VB (pictured left): For many reasons. Firstly, Siembra Viva aims to solve many of the biggest issues facing smallholder farmers: how to transition from commodities to value-added products, how to improve quality and yields, and how to access urban markets in a cost-effective way. The company does this in a very innovative way, using advanced organic production methods, sophisticated logistics and an e-commerce platform. If successful, the company could rapidly scale to have widespread impact. Secondly, Siembra Viva founder Diego Benitez is one of the most talented social entrepreneurs we have come across in Colombia. We wanted to make a bet on him as a great role model for the sector and, more importantly, the country.

SA: In Latin America, the social enterprise sector hasn’t grown as quickly as it has in Africa or South Asia, but certainly there is incredible interest and more activity in recent months. How do you assess the climate for investment and for the emergence of social entrepreneurs? 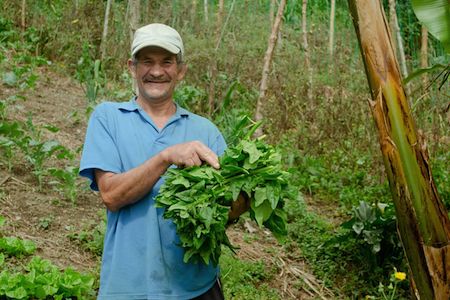 VB: True, the sector is less developed than in Africa or India, but it is growing fast and there is a thirst for knowledge. Earlier this year, we launched our first +Acumen online course in Spanish: Contar Historias para el Cambio (Storytelling for Change). This course provides students with the skills to use storytelling as a powerful tool to motivate and communicate social change. More than 8,500 people took the course in Spanish. That’s more people than the English version, which has a global audience.

(Farmer Felix Ortiz, right, works with Siembra Viva.)
SA: Acumen has partnered with large companies such as Dow Chemical and Unilever to build scale and create a more inclusive and fairer supply chain. Is a similar model planned for Latin America?

VB: Corporations can play a key role in spurring social enterprise. By assuring demand, facilitating working capital or providing channels for distribution, they can catalyze opportunities for the entrepreneurs and their enterprises. For example, we are looking at an opportunity in Colombia to set up a highly innovative coffee wet-mill that will improve the incomes and quality of life of smallholder coffee farmers and have a positive environmental impact. Offtake of the mill’s production by a major international player will be key to getting this project off the ground.
SA: To conclude, what are some of the long-term goals for Acumen that might be specific to Latin America?

VB: In the first five years, we hope to deploy at least $8 million in about 10 opportunities in Colombia and Peru. In several cases, we may provide follow-on funding. Most of our investments will be in agriculture, as mentioned, but we are also exploring other deals in education and energy.