Editor’s Note: In 2011, 14 countries in sub-Saharan Africa will hold presidential elections. The following is part of a series posts examining some of these critical elections and their potential impact on the Base of the Pyramid.

Just a day after the election in volatile Niger (where Mahamadou Issoufou has emerged the winner) came the presidential election in one of the “star” democracies on the African continent. On March 13, the West African nation of Benin went to the polls to continue a democracy born of dictatorship two decades ago. As the votes continue to be counted in this first round of polling, let’s take a closer look at the implications of the result.

In 1972, the Marxist-Leninist Mathieu Kerekou swept to power in a military coup that itself replaced a military government. In 1990, however, as Soviet power faded and global democratic movements accelerated, Kerekou convened a national conference to alter the constitution. In multi-party elections held the next year, Kerekou lost to World Bank economist Nicephore Soglo and conceded defeat, becoming the first mainland African president to lose power through an election.

Since then, Benin has held peaceful presidential elections every five years. Although Kerekou ran again and regained office in 1996, both he and Soglo accepted constitutional age limits on the presidency in 2006, opening the door for a new field of politicians. And yet, after years of the Kerekou-Soglo rivalry, Sunday’s election also was be a political re-match: in one corner, the current president, Yayi Boni, and in the other, center-left opposition leader Adrien Houngbedji.

The run-up to this election has also revealed increasing tensions in this celebrated democracy. The election had been postponed twice already due to incomplete voter registration records and other logistical problems. Protests broke out last month in the coastal city of Cotonou as opposition leaders claimed up to 1.4 million citizens – inadvertently or not – had been left off the electoral roll. 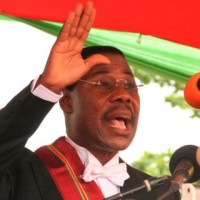 Boni Yayi: Formerly president of the West Africa Development Bank, Yayi, 59, ascended to the presidency from relative obscurity, winning 75 percent of the vote in 2006 in a run-off election. Running as an independent candidate, he pledged to focus on reducing corruption and initiating economic reform; however, lack of support from Parliament has recently stymied many of these efforts. In the fall of 2010, Benin’s economy – already fairly sluggish – received a bruising blow when severe flooding crippled the country’s agricultural sector, which accounts for almost 90 percent of national export revenue.

Yayi’s presidency suffered further when several members of his administration were implicated in a financial pyramid scheme that managed to con over 1 percent of Benin’s population out of their savings. Yet the president is a member of one of the country’s most influential ethnic groups, and his extensive economic and banking experience may still be viewed favorably in a country that needs to make urgent economic progress. His chances of re-election are viewed as relatively high. 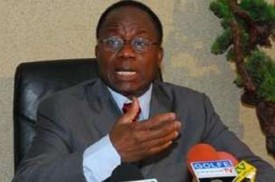 Adrien Houngbédji: This is the third run at the presidency for the former prime minister, 69, a longtime member of Benin’s National Assembly who also served as its president from 1991 to 1995. As a young lawyer, Houngbédji was arrested in 1975 for agreeing to represent a political opponent of then-dictator Kerekou. He escaped from prison shortly afterward (on his 33rd birthday) and lived in exile for the next 15 years before receiving amnesty from the reformed Kerekou government to participate in the country’s constitutional convention.

Houngbédji founded the Democratic Renewal Party in 1990 and ran against Yayi as its candidate in 2006. Generally considered a favorite in that election, Houngbédji nevertheless conceded gracefully when Yayi trounced him in the second-round run-off. His political fortunes improved in 2008, when Yayi’s parliamentary majority crumbled and various factions formed an opposition coalition around Houngbédji called Union Fait la Nation.

Despite political and economic gains since the 1990s, Benin may be more fragile than it appears on the surface. Corruption continues to pervade many aspects of society, and the revelation of the Ponzi scheme swindle only built on opposition allegations that the Yayi administration is involved in further dirty dealings, such as vote rigging and fraud. Regardless of the merit of these particular claims, Benin does not score particularly high on the World Bank’s governance indicator scale. While the country enjoys significant freedom of the press, it ranks surprisingly low on measures of government effectiveness, rule of law, and control of corruption-indicators that have remained more or less stagnant over the last 15 years.

Ironically, perhaps, these problems may be compounded by a common dilemma in functioning democracies: political gridlock. Since losing a parliamentary majority in 2008, Yayi has faced difficulty implementing many of his plans for economic privatization and combating corruption (though the latter measures have met with relatively more success). As such, he began circumventing the legislature through a series of presidential decrees, leading to charges of abuse of power.

The current presidential election will mark the beginning of Benin’s third decade as a peaceful democracy. Like any young adult, Benin’s political system faces a period of critical choices that will define its longer-term identity. Can it run a free and fair election – every time? Can the executive branch tolerate an intransigent legislature enough not to start bypassing it altogether? How will the relatively weak political parties and coalitions coalesce into credible policy advocates for their constituents? And can a democratic system at the top translate into less corruption in the rest of society?

Several miles northwest of Benin, on the opposite curve of Africa’s west coast, is a pessimistic answer to these questions. After several years as a fellow “model democracy,” Senegal is experiencing a swift deterioration in political freedoms with a consolidation of presidential power by incumbent Abdoulaye Wade. It is a stark reminder to its small coastal colleague that even the most promising political systems require constant vigilance to remain free – and that every election matters.