An Entrepreneur’s View: WorldHaus, A Prototype for Progress in Global Housing

We’re living a moment in history when solving the world’s problems is more necessary and achievable than at any other time. With rapidly expanding population growth putting increasing strain on domestic natural resources, providing safe, reliable housing to millions of citizens is an intensifying challenge to governments around the world. At the same time, advances in technology and communication mean low-cost, culturally appropriate solutions can be delivered more effectively across borders today than ever before. At WorldHaus, we aim to address the global housing crisis by developing a sustainable, affordable way to protect people in developing nations from the elements and give them a permanent home they can be proud of. This January, the WorldHaus concept became a reality with the completion of our first prototype.

After months of planning and securing the prototype location in the outskirts of Chennai, India, we were ready to build in late summer of 2011. Mother Nature had different plans and we were forced to postpone construction for two months due to two fierce monsoons that led to severe flooding. Although recovery and cleanup was long and tedious, the storm only accentuated the need for solid, disaster resistant housing in India.

When we finally started, our team of four local laborers built our house quickly, using our proprietary building system to create a house that stands apart from traditional rural structures in three ways: 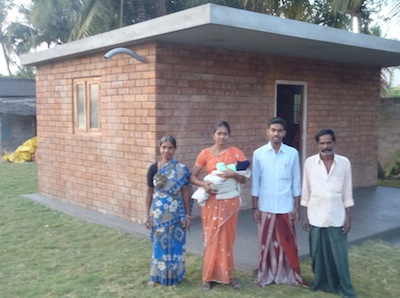 The owner of the first WorldHaus is Mr. Ramaswamy and his family (Pictured left). He’s a watchman and day laborer, as is Mrs. Ramaswamy. They share the home with their son (a hospital assistant), his wife and their two month old daughter. Once finished, the house and family received a traditional blessing called a Puja. Steeped in Indian tradition, the Puja ceremony brought good luck to the home and its residents and highlighted the importance of integrating local cultural practices into our business.

In addition to the storm, we faced challenges in India which we foresee in other countries, including a deeply ingrained preference for overbuilding which can lead to unsafe and unaffordable houses. The experience showed us that a highly standardized building and materials management system is critical to keeping down costs and maintaining high quality. Training local masons and laborers into an intuitive building system increases speed, reduces waste, and gives ongoing benefits to local livelihoods.

Following the successful completion of our prototype, we have overwhelmed with the positive response. Landowners looking to provide affordable housing to their constituents, including state governments, property developers, and NGOs, are partnering with WorldHaus to deliver beautiful and affordable housing communities that transform livelihoods. We begin our first housing development next month and aim to build over 500 houses by the end of the year. Partnerships with housing finance companies are also increasing access to families that previously could never dream of a mortgage and an affordable high quality home.

WorldHaus is an Idealab and Anavo Global company. You can learn more at http://worldhaus.com. (WorldHaus was designed in cooperation with Gensler and powered by Duron Energy, a fellow Idealab company). 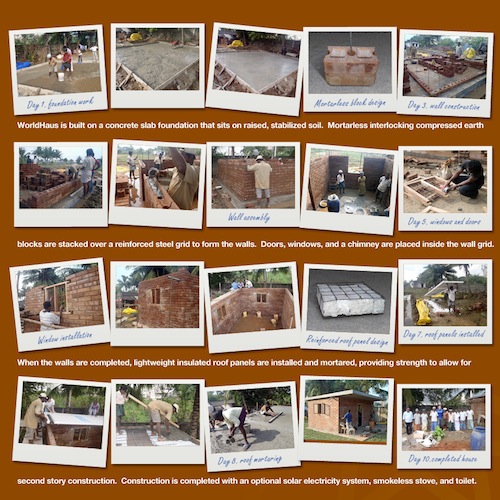 (Above: A storyboard detailing the WorldHaus construction). 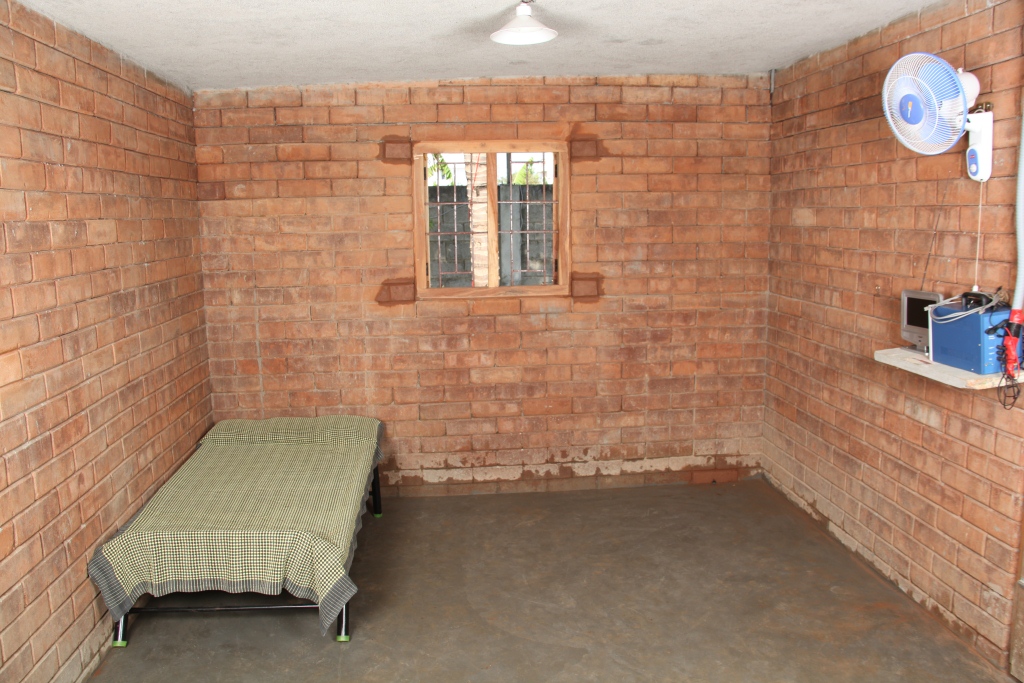 (Above: Inside one of the rooms of the prototype). 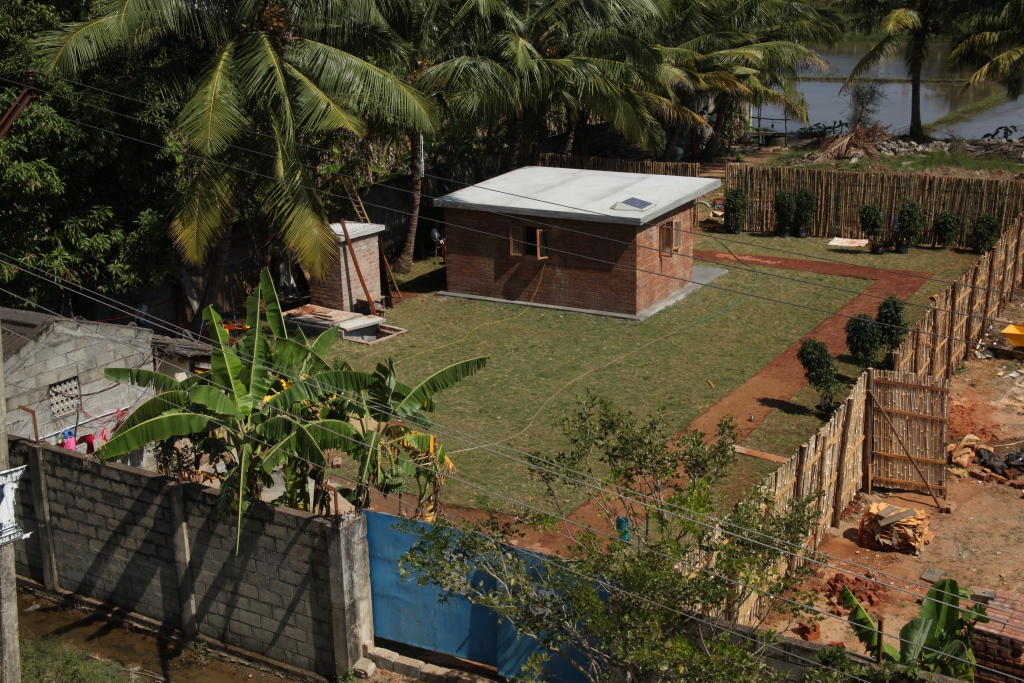