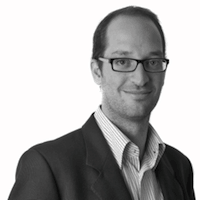 For more than 10 years, Alan has been working in the field of social responsibility. He previously worked as the University Networks Coordinator of the Inter-American Network of Social Capital, Ethics, and Development of the Inter-American Development Bank and is currently the Colombian director of GoodBrand, a consulting leader in corporate social responsibility. He’s also a co-founder of 8M2 and a co-creator of La Arenera, a community for social innovators.

He has spoken as an invited expert at diverse conferences such as those of World Bank, Wharton Business School, HEC Paris, and Woodrow Wilson International Center for Scholars, among others. He received a bachelors of business administration from Babson College and a masters in communications, culture, technology from Georgetown University. He also has postgraduate studies in international business, and diplomacy.