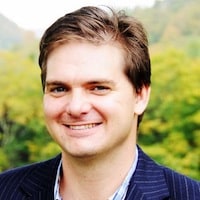 Ben became convinced of the power of small business to transform poor communities in Mexico, where he co-founded CityGolf Puebla, a miniature golf course and family recreation center. After working as a Presidential Management Fellow at the Office of Management and Budget, he left to attend business school and launch Agora Partnerships. Since graduating in 2005, Ben has been named a Draper Richards Kaplan Foundation Entrepreneur, a BMW Foundation Young Leader, and an Ashoka Fellow. He was a Social Venture Network Innovation Award honoree in 2009 and named one of the top 40 under 40 development leaders in Washington, DC in 2010. He has an MBA from Columbia University, where we was awarded the inaugural alumni social innovation award, and an MSFS with distinction from Georgetown University. Ben has a BA with high honors from Haverford College, where he co-founded Tres NacosQuesadillas Delivery and the Lighted Fools improv troupe. A native of Cambridge, Mass., Ben lives in Washington, DC with his wife and three children.