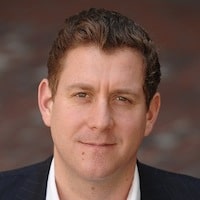 Ben Thornley is a Managing Partner at Tideline and co-leads the firm’s client engagements and business development. Ben brings his creative energies to research design, strategic planning, program development, impact evaluation, and thought leadership. He has domain expertise in US community finance and public policy.

Prior to Tideline, Ben was a Managing Director at Pacific Community Ventures (PCV), a non-profit Community Development Finance Institution. Ben was responsible for growing PCV’s research division, InSight, into one of the world’s leading impact investing consulting practices, including through partnerships with Duke University, Harvard University, and the World Economic Forum. Ben created the Impact Investing Policy Collaborative at PCV: a network of researchers, investors and policymakers from over 30 countries. This work led to an invitation from the White House to make the first expert presentation to the Social Impact Investment Taskforce, convened under the UK’s G8 Presidency in 2013.

Ben started his career as a financial journalist, working as the New York correspondent and Managing Editor for a number of prominent investment magazines in Australia. He later moved into government, directing Australia’s efforts to promote trade and investment in financial services out of the New York Consulate-General.

Ben holds a Master of Public Policy from University of California, Berkeley, where he taught leadership and political economy as an assistant to the former US Secretary of Labor, Robert Reich. He also holds a Bachelor of Communications from University of Technology, Sydney, and a Certificate of International Affairs from New York University. Ben is the co-author of The Impact Investor: Lessons in Leadership and Strategy for Collaborative Capitalism (Jossey-Bass, 2015), and sits on the advisory committee of the Impact Reporting and Investment Standards (IRIS).

A New Zealand native, Ben was raised in Australia and now calls his wife’s home home, in the Central Valley of California. Ben’s abiding joy – and biggest project – are his two irrepressible young daughters.