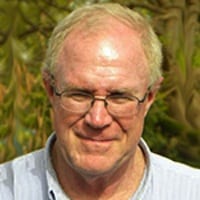 Bill leads Ashoka’s Africa Team as well as Ashoka’s Rural Innovation and Farming Initiative. He served on Ashoka’s International Board for twenty-nine years, focusing on strategy development, and was a founding member of that Board. In that capacity he interviewed many hundreds of candidates to become Ashoka Fellows.

In 2009 he stepped down from the Board so he could serve as a member of the Ashoka staff. His professional experience spans the energy, environment and development fields – as an entrepreneur, a public servant and a strategy consultant. He served in the start-up phase and later as COO of an independent power company, Long Lake Energy Corporation, which developed hydro-electric, cogeneration and gas-fired power projects.

As a senior civil servant at the Environmental Protection Agency, Bill led the Agency’s effort to create the Federal Government’s first approved Agency Performance Management and Incentive System under the Civil Service Reform Act. He also served for a time as the Deputy Assistant Administrator responsible for all financial systems, including budgeting, grants administration and financial management.

Prior to serving at EPA Bill was a consultant at McKinsey & Company, where his assignments were in the fields of education, economic development, insurance and housing. He also served as a consultant to the Harvard Advisory Group in Jakarta, Indonesia on the Ministry of Finances, strengthening the Government’s system of awarding timber concession agreements to foreign and domestic companies operating in the islands of Kalimantan, Sumatra and Sulawesi.