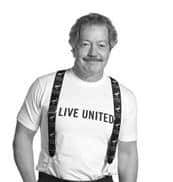 Bill started his career in management consulting in 1980 when he joined McKinsey & Company. He was a partner there for almost 20 years, focusing on the marketing of professional services. He was responsible for building McKinsey’s reputation and protecting its brand, which included publishing the McKinsey Quarterly.

He left McKinsey to join Mitchell Madison Group, a strategy consulting firm he helped to take public through its sale to USWeb/CKS in 1999. He then joined The Boston Consulting Group, where he headed for over five years a group responsible for innovation, marketing and communications. Bill is a graduate of Phillips Andover (1964), Harvard College (B.A. Literature, 1968) and Harvard Business School (M.B.A., 1975). He and his wife, Pamela, live in New Canaan, Connecticut. Bill is a member of the Board of Trustees of United Way of America and United Way Worldwide. He is also a senior advisor to Ashoka.