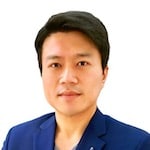 Cheng-Yun Tsang is an assistant professor at the College of Law, National Chengchi University (NCCU). He is also the director of the Fintech Innovative Laboratory at the NCCU’s FinTech Research Center.  Currently his research is focused on the regulation of digital financial services and FinTech – regulatory sandbox, blockchain and RegTech in particular. Tsang has served as a research fellow with University of New South Wales Sydney Law and has consulted to both financial regulators and the industry in Taiwan on cutting-edge FinTech regulatory issues.  He has written extensively on FinTech Regulation and financial regulatory reforms in the greater China area, including a co-edited Mandarin book on FinTech Development and the Law.