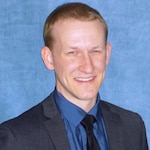 Daniel DeValve is a senior project manager for grants management at the William Davidson Institute at the University of Michigan, NextBillion’s parent organization. Previously, DeValve worked in Washington, D.C., as a grants administrator on USAID-funded Consortium for Elections and Political Process Strengthening (CEPPS) projects on behalf of the International Republican Institute (IRI). As a grants administrator, he helped manage over 40 projects implementing democracy and governance programs worldwide and focusing on elections support, civil society and political party work. His work focused specifically on program design, proposals, reports, deliverables, closeout procedures and compliance. DeValve has a Bachelor of Arts in International Studies from Cedarville University. He grew up in Niger and had the opportunity to travel throughout West Africa, viewing development challenges and opportunities firsthand across the region and on a small scale while living among the local Songhai people in the town of Tera. DeValve is also fluent in the Zarma dialect of the Songhai language.