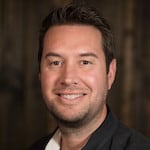 Derek Johnson is a director for development and sustainability for CURE International. Originally from Tulsa, Oklahoma, Derek most recently called Uganda “home” as he served as the executive director of CURE Uganda until June of 2015. Derek’s passion and love for the people of Africa developed prior to his work with CURE when he served as a Peace Corps volunteer in Zimbabwe.