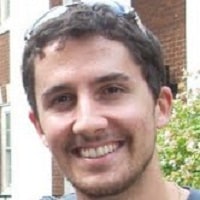 Eric A. Clayton, a 2011 graduate of Fairfield University, has a bachelor of arts in international studies and English/creative writing. After graduation, he spent time in Santa Cruz, Bolivia, teaching English and coordinating community outreach projects. His passion lies at the intersection of global development and writing: telling the stories of those living at the world’s margins to an audience that may live continents away. He currently resides in Philadelphia, PA.