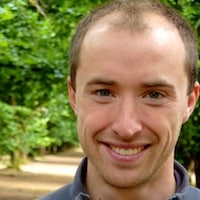 Isaac is a true Pacific Northwesterner who enjoys an espresso in the city and a hike in the mountains. After a post-grad fellowship in Germany with the Fulbright program he returned to Oregon. He has been in Portland since and is currently completing his MBA at the University of Portland. He started as a contributor to Mercy Corps’ Global Envision blog in the spring of 2013.