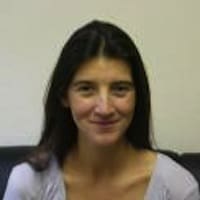 Ms. Barrès leads the Smart Campaign’s global efforts to keep clients first in microfinance by imbedding core Principles of Client Protection into all aspects of microfinance operations. She comes to the Smart Campaign with 16 years experience in microfinance and the formal banking sector. Ms. Barrès managed Kiva’s microfinance operations and developed its global strategy to maximize social impact. She helped to create The MIX in 2002, and led its strategic initiatives until 2007. Ms. Barrès has been a key contributor to best practice publications on standards and financial performance monitoring, and is a founding member of Women Advancing Microfinance, the only organization for female professionals in microfinance. She is fluent in English, French and Spanish.