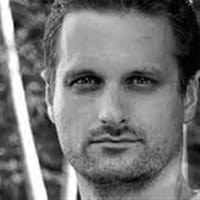 Jan helps organisations gather insights to inform, inspire and affect change. Working for multinational clients across a range of industry sectors, work that has been applied to the design of products and services in daily use by hundreds of millions of consumers across geographies and market segments.

His research has been covered by The New York Times, The Atlantic, CNN, Die Zeit, CBN, Nikkei, The Economist, Stern, Chosun Daily, The Hindu Times, The Wall Street Journal, Forbes and Wired as well as many of the world’s media. He has spoken at TED, The Guardian, The State Department, MIT, Tokyo University, National Institute of Design, Stanford and many of the world’s leading research institutes, and has been on the judging panels for The Economist Innovation Awards, the IDSA and the D&AD.

He is the founder of Studio D Radiodurans a consultancy that specialises in research, design and strategy for emerging markets. He sits on the advisory board of a number of organisations and start-ups.

His first book Hidden in Plain Sight was published by Harper Collins in 2013 with English, Korean, Japanese, Russian and Chinese editions. His second book Today’s Office, a documentation of a year on the road launched in Korea in early 2014. The Field Study Handbook will be his third book..

He was previously Principal Scientist at the Nokia Research Laboratory, and Executive Creative Director of Global Insights at design consultancy, frog.He travels up to half the year.