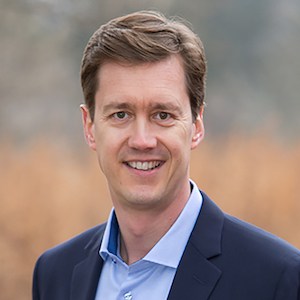 Jasper van Brakel is CEO of RSF Social Finance. A student of finance for more than 25 years, Jasper van Brakel has seen firsthand the energy that mission-aligned, catalytic capital sparks, and he is inspired to further RSF’s deep social impact as its leader. He believes more innovative approaches are needed to address the significant social, cultural, and economic challenges of our time, and he looks forward to guiding RSF as it builds on its success in transforming the way the world works with money.

Prior to joining RSF, van Brakel was a partner at Newpark Capital, a private equity firm for impact-driven companies. Concurrently, he served in an advisory role with Armonia, an impact investor and regenerative field builder, where he initiated collaborative partnerships and provided strategic leadership support to several portfolio companies, both as an advisor and as a board member.

Born and raised in the Netherlands and fluent in three languages, van Brakel spent 14 years with the Weleda Group, advancing from sales positions to leading the company’s global growth, strategy, branding, and marketing initiatives. He moved to the U.S. in 2008 to lead Weleda North America as president and CEO. Over the next seven-plus years, he more than doubled revenue and established Weleda’s brand in the U.S. and Canada. As chair and interim CEO for Weleda’s Dutch and Belgian subsidiaries from 2013 to 2014, van Brakel restructured the company and positioned it for growth while maintaining the culture of the venerable natural, organic, and biodynamic consumer product company.

Van Brakel attended Harvard Business School, graduating from its general management program in 2011, and received his master’s degree in economics from Erasmus University Rotterdam. His four children attend Waldorf schools (as he did through high school), and his wife is a Waldorf educator. Currently, van Brakel sits on the board of directors of Gaia Herbs and serves as board chair for Teton Water Ranch, a grass-fed beef company based in Denver.