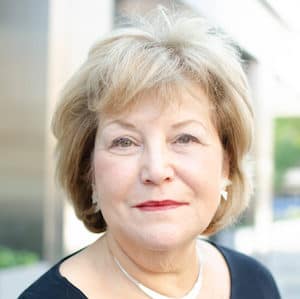 Johanna Mendelson Forman is a Distinguished Fellow with the Managing Across Boundaries Initiative at the Stimson Center, where she works on security and development issues, including regional multilateral engagement, civil-military relations and stabilization and reconstruction. She is also a scholar-in-residence at the School of International Service at the American University. An expert on the Caribbean, and Brazil, she also has worked extensively on foreign assistance and humanitarian programs in Haiti. A former Co-Director of the Post-Conflict Reconstruction Project at the Center for Strategic and International Studies, Mendelson Forman has written extensively on security-sector reform in conflict states, economic development in postwar societies, gender and conflict, and the role of the United Nations in peace operations.

Mendelson Forman also brings experience in the world of philanthropy, having served as the Director of Peace, Security and Human Rights at the U.N. Foundation. She has held senior positions in the U.S. government, helping create the Office of Transition Initiatives, and serving as a senior adviser for Humanitarian Response at the U.S. Agency for International Development, as well as at the World Bank’s Post Conflict Unit. She served as a senior advisor to the U.N. Mission in Haiti.