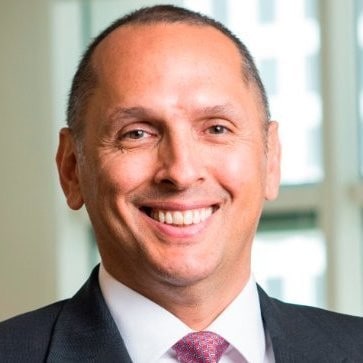 Jorge Noguera is currently Division President of Mastercard Latin America and Caribbean GeoCentral Division. In this role, he is responsible for overseeing Mastercard’s business and operations from a general management perspective for Colombia, Ecuador, Venezuela, Peru and the Caribbean. Prior to this role, Mr. Noguera was Executive Group Head for the Market Development area of Mastercard’s Latin America and Caribbean Region.

Jorge has over 25 years of experience in the payments industry, with extensive knowledge of retail banking and card technology, as well as a successful track record in developing global channel networks for product distribution.

Before joining Mastercard, Jorge was a Partner at the Mattrix Group assisting companies in strategic planning, international business development and resource management.  Prior to that, he worked at MPOWER Labs in Austin, Texas as Vice President of Rev Worldwide and as Managing Director for EFD Asia, an e-Funds company, following its acquisition of Makeena Corporation Pte., a company he co-founded in 2002 and led since 2005 as its CEO.