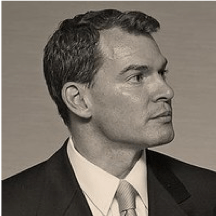 Caleb Shreve is the Executive Director of the Global Fairness Initiative, a leading International NGO focused on creating inclusive economic opportunity for working poor communities around the world.  As Executive Director, Caleb and his team have leveraged millions in public and private investment to implement initiatives that strengthen the livelihoods and social protections for hundreds of thousands of workers and their families in Africa, Asia, and Latin America.

Caleb was formerly the founder of Tidewater Advisors, a Washington, DC-based firm supporting the strategic growth and impact of Non-Profits and Foundations on the forefront of social and economic development.  During his 7 years at Tidewater he worked with domestic and international clients to develop and deepen their social impact initiatives, expand their public profile and program partnerships, and broaden their donor base.

Prior to his work with Tidewater, Caleb served on the on the leadership team of New York University’s Wagner School of Public Service and on the White House staff of former President William Clinton.  He also held positions with the Corporation for National Service, the Voice of America and the Presidential Campaigns of Senators John Kerry and Barack Obama.