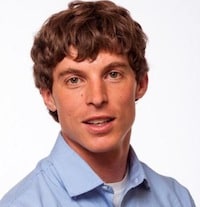 Josh Cleveland is a Marketing Manager at Unilever leading projects that build the company’s social impact with lower-income consumers in developing markets.

In his previous role as a Senior Strategist at Saatchi & Saatchi S, Josh implemented activation strategies focused on social and environmental sustainability with Fortune 500 clients. As the Impact Programs Manager at Net Impact, he built the organization’s member programs on corporate, community, and campus impact and hosted Net Impact’s Issues in Depth call series. Josh was the architect of Net Impact’s approach to promoting social intrapreneurship.

In Bolivia he aided PDAI (a microfinance provider) with rural lending strategies and worked on several social innovation strategy projects with the Innovation Network for Communities on topics such as civic engagement, youth entrepreneurship, and economic development strategies for countries emerging from crisis.

He earned his BA in Political Science with high distinction from the University of Michigan, where he established Brewing Hope, a Fair Trade coffee partnership.