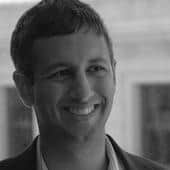 Manish Bapna joined WRI as its executive vice president and managing director in June 2007. His interests and expertise are in international development with a particular focus on rural poverty and natural resources.

Bapna oversees institutional and program strategies, approves new lines of work, and is responsible for WRI’s day-to-day management. Under his leadership, the institute has developed a five-year strategic plan and is in the process of deepening its engagement in both China and India.

Previously, he was the executive director of the nonprofit Bank Information Center (BIC), whose mission is to protect rights and promote sustainability in the projects and policies of international financial institutions. Bapna presided over considerable growth at BIC, including sizable increases in staff, funding and influence, especially in developing countries.

Bapna has also served as a senior economist and task team leader at the World Bank, where he led multidisciplinary teams in designing and implementing community-driven water, watershed, and rural development projects in Asia and Latin America. Several of the projects he helped develop received “excellence awards” by the Bank and were recognized as highly successful by independent observers.

His experience in international development also includes advisory roles at Seva Mandir (a leading grassroots nonprofit in India) and Women’s World Banking (a microfinance support organization). Earlier, he worked as a strategy consultant for McKinsey & Company in the financial services and technology industries.

Bapna has been cited in front-page articles in the New York Times, Wall Street Journal and International Herald Tribune and is regularly quoted in leading papers. He has testified before U.S. Congressional Committees on the role and effectiveness of development aid and is a member of the Council on Foreign Relations.