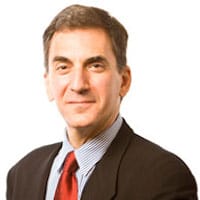 Michael Schlein is the President and CEO of Accion, a global nonprofit dedicated to building a financially inclusive world. A world pioneer in microfinance, Accion has helped build 63 microfinance institutions in 32 countries which currently reach millions of clients providing them with the financial tools that can help improve their lives. Today, Accion has operations and investments throughout much of Latin America, Africa, India, China and the Philippines.

In addition, Accion provides early and seed stage venture capital to new companies that promote disruptive innovation in financial services at the base of the pyramid. Also, Accion created and supports the Center for Financial Inclusion, an outward-focused think tank dedicated to tackling industry-wide challenges. For example, the Smart Campaign is the first global consumer protection campaign focused on those living in poverty.

Mr. Schlein brings nearly 30 years of extensive international banking, management and public service experience to his role as President and CEO of Accion. As President of Citigroup’s International Franchise Management, Mr. Schlein managed the bank’s network of 100 Chief Country Officers. Before that, he ran communications, philanthropy, government relations, branding and human resources for Citigroup. He served as Chief of Staff at the US Securities and Exchange Commission in the Clinton Administration and in New York’s City Hall in the Dinkins and Koch Administrations. He began his career in investment banking.

In 2014, New York City Mayor Bill de Blasio appointed Mr. Schlein to serve as the Chairman of the NYC Economic Development Corporation, which encourages economic growth throughout New York’s five boroughs and facilitates investments that build capacity, generate prosperity, and catalyze the economic vibrancy of city life as a whole.

Mr. Schlein has graduate and undergraduate degrees from the Massachusetts Institute of Technology where he graduated Phi Beta Kappa.