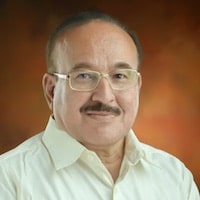 Moin Qazi is an author, researcher and development professional who has spent four decades in the development sector.

He began his early career as a development journalist. While still at college, he began writing on issues relating to the plight of child labourers, undertaking extensive research and leading efforts against it. His work ultimately received the attention of Indian courts, leading to a series of reforms for child labourers.

He worked for over three decades at the State Bank of India as a grassroots field officer, program manager, policy maker and researcher in development finance. He has played a key role in empowerment of women and education of girl children in rural areas, along with efforts to create affordable housing programmes for the low-income individuals. Qazi is also an accomplished poet.

He holds PhDs in English from Los Altos University and Economics from Nagpur University.