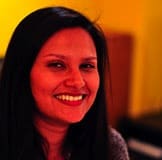 Naureen Kabir leads the New Cities Foundation’s Urban (co)LAB, the Foundation’s applied research wing. She holds a Master’s degree in international development and international economics from the Johns Hopkins School of Advanced International Studies (SAIS). Previously, she worked in business development at Google in Silicon Valley, California, where she was involved in executing global content licensing deals with companies and government organizations as part of the Strategic Partnerships team. Naureen obtained her B.A. in International Relations with a minor in Urban Studies from Stanford University. She is a citizen of Bangladesh and the United States.