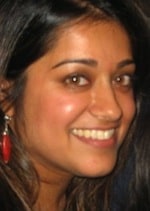 Nidhi Chaudhary is an independent consultant in the social entrepreneurship and nonprofit sector, with clients ranging from Ashoka and Echoing Green, to Akshaya Patra Foundation and eBay Foundation. She has supported the Grameen Creative Lab with research on idea inception to launch for social enterprises. She also spent a year in India with Indicorps where she supported the grassroots leadership development program for young Indians. She traveled over ten states, developing strategic partnerships to design year-long projects for in-country fellows. Nidhi has spent the last twelve years working with non-profits, primarily in the sectors of education and international development.