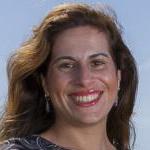 Sarah Morgenstern is an associate on the financial inclusion team at the Omidyar Network, where she focuses on sourcing, executing and managing investment opportunities that empower households in the United States to achieve and sustain financial health. Prior to joining Omidyar, Sarah was a manager at McKinsey & Company, where she led strategy and corporate finance engagements across the private, public and social sectors. She was previously a consultant at APCO Worldwide in Beijing, where she advised multinationals on investment and regulatory affairs, and began her career as a Princeton in Asia Fellow at Dalian University of Technology. She earned a master’s in business administration degree in finance from the Wharton School at the University of Pennsylvania, a master’s in international economics from the Johns Hopkins University School of Advanced International Studies, and a bachelor’s in history from Yale University, where she graduated magna cum laude. She is proficient in Mandarin and Spanish.