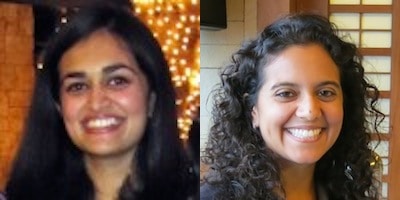 Sneha Stephen joined IPA in March 2014 as an Initiative Coordinator with the Citi IPA Financial Capability Research Fund supported by the Citi Foundation. Sneha leads the Fund’s policy and communication activities and manages the Initiative’s work on cost-effectiveness. Prior to joining IPA, Sneha worked at the Centre for Microfinance at IFMR, where she managed two randomized evaluations in microfinance and insurance. She holds a Master’s degree in Economics and Politics from the Albert-Ludwigs-University of Freiburg and a Bachelor’s degree in Economics from the University of Pune.

Pooja Wagh joined IPA in August 2012 as an Initiative Coordinator for the Citi IPA Financial Capability Research Fund supported by the Citi Foundation. She helps manage the portfolio of projects supported by the Fund and organizes events related to the Fund’s matchmaking program. Prior to joining IPA, she earned a Master’s degree in Public Policy at the Harvard Kennedy School of Government, where she focused on innovations in financial services for the base of the pyramid. Pooja also holds a Bachelor’s degree in Electrical Engineering from the Massachusetts Institute of Technology.