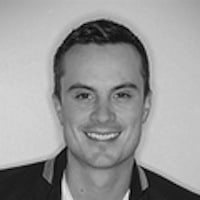 Over the last decade, Stephen built and sold several consumer data focused startups while working in the role of CEO. His first company called iQuiri.com, was one of the first companies to make consumer credit reports and scores available online and was acquired by Experian in 2003. His second company NDS, wasfoundedin 2004 and was the marketing division of Canada’s first credit bureau, which was acquired in 2006 also by Experian. His third company, Pharos Global was a consumer identity management and restoration firm that leveraged both national and international partnerships with large consumer credit bureaus to bring world class products and services to Canada, the US and Australia. Kroll Marsh bought out Pharos’ interests in the business in 2009.

In 2011, he launched Trulioo, a global ID verification companyfocused on building trust online, best privacy practices, and financial inclusion.Trulioo aims to solve global problems associated with verifying identities online. This has profound implications for e-commerce and online security in developing countries or rural areas where many people do not possess recognized identification, such as government-issued ID cards, credit, utility, voter registration, etc.

As the pioneer and leader in cyber identity verification,Trulioo’s new Global Gateway productenables businesses to perform frictionless, on-demand instant ID Verification for 3 billion people in over 30 countries – the largest coverage in the market. Trulioo is fixing the problem of broken identity that today affects so many online businesses and continues to stifle economic growth and Internet innovation.