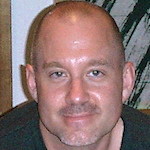 Tanner Methvin, a partner in Impact Amplifier and Earth Capital, has worked in the field of social innovation for the past 20 years, assisting private, public and not-for-profit organisations to build a more environmentally conscious, socially just and abundant world. He served as managing partner in Phillips & Associates, a management consulting practice in Los Angeles, and as executive director of LA Works, a volunteer action centre which develops and implements community service projects. He moved to Cape Town in 1998 and became the director of Source Consulting, a consortium of practitioners focused on economic development within the public sector and civil society. In 2008, he formed Earth Capital, a consulting and asset management firm focused on assisting the private sector transition toward a more sustainable approach to business; incubating impact businesses; and managing a portfolio of impact investments. In 2013 Earth Capital and Impact Amplifier formed a partnership where Impact Amplifier assists impact investors to source and invest into compelling opportunities; provides investment readiness and advisory services to businesses which combine financial success with positive social and environmental change; and delivers supplier development and sustainability advisory services to corporations and public institutions. Earth Capital remains only an asset management business. He currently sits on several boards, including Biogreen, GreenFingers Mobile and the Africa Centre. He earned a bachelor’s degree at Vassar College in New York and a master’s in business administration from the Drucker School at the Claremont Graduate University in California.