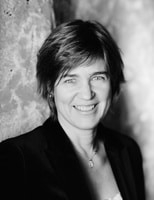 Whelan has been working in the environmental field for more than 25 years, during which time she served as the vice president of conservation information at the National Audubon Society and executive director of the New York League of Conservation Voters. Whelan also worked as a journalist and environmental communications consultant in Costa Rica, and was the managing editor of Ambio — an international environmental journal based in Stockholm. Prior to joining the Rainforest Alliance as its executive director, Whelan worked as a management consultant to nonprofit organizations such as the Environmental Defense Fund.

Whelan serves on the advisory boards of Social Accountability International, Unilever Sustainable Sourcing Advisory Board, and is the co-chair of the steering committee of the Sustainable Food Lab. She holds an M.A. in International Communication from American University’s School of International Service and a B.A. in Political Science from New York University. Whelan’s published work includes one of the first books on ecofriendly tourism,Nature Tourism: Managing for the Environment(1991, Island Press). She has been recognized as one of the “100 Most Influential People in Business Ethics” byEthispherefor several years, including in 2011, and was the recipient of theWall Street Journal/WinningWorkplace “Top Small Workplace Award” for the Rainforest Alliance in 2008.