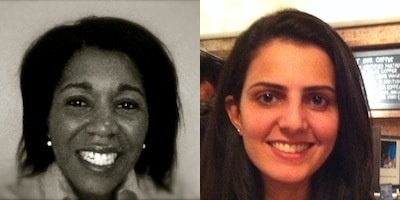 Zahra Niazijoined the Yale Savings and Payments Research Fund as an Initiative Manager in December 2012. She oversees overall project development and management of the Fund. Zahra joined IPA in January 2010 as a Project Coordinator working on project development and researcher outreach at IPA headquarters in New Haven. She holds a Master’s degree in Public Policy from the Harvard Kennedy School of Government and a Bachelor’s degree in Economics from the Lahore University of Management Sciences.

Amber Davisworks as an Initiative Coordinator on the Yale Savings and Payments Research Fund. She oversees the development of new savings and payments projects and coordinates outreach to local researchers. Prior to joining IPA in 2013, she worked on impact evaluations with USAID and the World Bank. She also conducted research on market access and competitiveness issues with the Inter-American Development Bank. Amber holds a Master’s degree in International Relations and International Economics from Johns Hopkins University and a Bachelor’s degree in Public Policy from Stanford University.