Best Ideas of 2011: Storytelling and Cultivating the New Storytellers

A little recognition from those outside the development worker bubble can go a long way toward encouraging more good and promising work.

Fame, cheap and short-lived as it can be, is priceless motivation-not necessarily because people like being famous, but more so because development workers crave affirmation that their work is or might be making a meaningful improvement upon the world. Infamy as well can be a powerful disincentive for poor behavior on the part of development workers.

Even if it’s not our own organizations or projects getting coverage, to see others in global development gaining even the tiniest measure of fame can be inspiring, or at least may light a competitive fire under our feet. Think of how big a boost microfinance got from 2006’s Nobel Peace Prize going to Muhammad Yunus and Grameen Bank. Here are a few examples of good and promising global development work that inspired (and lit a competitive fire under) me in 2011, in no particular order: 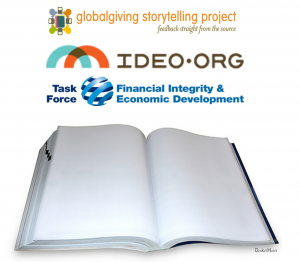 While there has been mainstream media attention on some of the above, specifically illicit financial flows, coverage has been largely scarce and distant-with the obvious exception of the New York Times’ Nick Kristof. Yet even Kristof insists (for good reason) on focusing his apt storytelling powers on the story of the individual at the receiving end of global development work, rather than the workers themselves. I applaud his work and I wouldn’t encourage him to stop, but it still leaves much on the table when it comes to covering the global development industry.

The Guardian’s Global Development Community comes closer to what I would expect as a mainstream industry desk for global development, but a controversial October post from Millennium Villages Project and famous foreign aid cheerleader Jeffrey Sachs, and the resulting whirlwind of online discussion, illustrates the further need to separate the industry from would-be watchdog media.

GOOD and recently Fast Company are two examples of broader media outlets that include more than usual coverage of global development, and they do a better job distinguishing between journalists and expert voices, but even to these specialized progressive media the global development industry remains mostly aloof.

The love of jargon and acronyms runs far and deep in global development, as does the habitual need to write proposals and reports meant for a very narrow audience. Development workers don’t communicate about their work poorly to average people because they don’t like communicating or average people; they are just required to spend most of their time communicating only to each other.

Blogging and even Tweeting are great channels for development workers to get their feet wet communicating to broader audiences. I don’t expect every development worker to blog or Tweet, but if you’re out there on the margins deciding whether it’s worth your time, consider that the more you practice telling your story, the more prepared you’ll be for the day you’ll get your chance to inspire the next generation of leaders. Also consider that there is a pretty decent chance you’ll gain a deeper appreciation for the history and context of development work.

Don’t get me wrong; I do not oppose mainstream media covering celebrities and sports to any reasonable or even slightly excessive extent. I certainly consume my fair share of such coverage. Celebrity and sports, with a dash of sensational political coverage and some business news, are what turn profits for mainstream media. But it is my hope that one day, after the internet-fueled re-configuration of the media settles down again, those profits will help pay for high-quality coverage of the industry dedicated to ending global poverty.

And when that day comes, I hope we’re prepared.