Today in Pittsburgh, Jared Cohon, President of Carnegie Mellon University (CMU) and Paul Kagame, President of Rwanda will announce a major partnership between CMU and the government of Rwanda to offer graduate engineering degree programs in Rwanda. It is the first time that such a highly ranked research institution has opened a fully compatible campus and academic program in Africa.

Here in Rwanda, it’s clear that as Information and Communication Technology (ICT) becomes increasingly available in Africa (see my previous post in NextBillion), the region will see the emergence of a new ICT industry. But many conditions are required for this to happen: a stable ICT infrastructure, a mature business environment attracting investments, good public governance, etc. More and more countries in Africa are moving in that direction (see this paper), but a major remaining challenge for Africa is the lack of access to an ICT skilled workforce.

Indeed, the quality of higher education in the region is showing a significant gap with the rest of the world. When looking at the worldwide university rankings, we see that 75 percent of the top 1,000 universities are located in the Western world (North America and Europe). Emerging markets are lagging behind and Africa in particular represents less than 1 percent.

To try to close the gap, many emerging countries have invited Western universities to create branch campuses. Most of them have been created in the Middle East region funded by rich petroleum exporter countries and in Asia.

As a consequence, classes are overcrowded, and it is not uncommon to pack several hundred students in the same classroom, leaving no chances for most of them to interact with the teacher. In addition, teachers often are under qualified, having only master degrees, and few Ph.Ds. Many universities are self-funded, pushing them to prioritize quantity and revenue over quality. This is reflected in the low ranking of African universities.

The combination of difficult access and low quality of higher education has been a major disadvantage for the development of Sub-Saharan Africa. Sub-Saharan Africa has 83 scientists and engineers per million people compared to about 1,000 in the developed world, according to African Institutes of Science & Technology.

This is why today’s announcement the Carnegie Institute of Technology (CIT) is opening a graduate school in Kigali is a major event. CIT is consistently ranked in the top 10 engineering graduate schools in the world. In addition CIT will be able to leverage its Information Networking Institute, the Carnegie CyLab and the Institute for Complex Engineering Systems, and resources from other schools like the School of Computer Science ( ranked #1 in the last 2010 ranking from US News), and many multidisciplinary research centers at CMU.

The government of Rwanda has strategically targeted CMU for its regional ICT Center of Excellence (COE) and to focus on new models of education, research and development, and the commercialization of information, communication and other advanced technologies. The education model will be built upon CMU’s experience in creating ICT programs that integrate technology, policy, and business issues. It will be based upon a foundation of problem solving based learning and interdisciplinary education, adapted appropriately, of course, to fit the regional culture and needs and addressing regional problems.

CMU-Rwanda will support the institutional and program content design, together with provision of high level teaching staff. This support will be in line with the African Development Bank’s strategy to promote skills development in science and technology in support of socio-economic development in Africa.

CMU-Rwanda will adhere to the same rigorous educational quality standards as CMU’S main campus in the U.S.; credits earned at CMU- Rwanda will be fully transferable to CMU’s main campus and vice-versa. While the new CMU- Rwanda program is open to students worldwide, the program will primarily target students from the East African Community with admission preference given to Rwandan citizens.

At the heart of CMU-Rwanda will be two professional graduate degree programs: a Master of Science in Information Technology (MSIT) with tracks in Mobility, Information Security, and Software Management and a Master of Science in Electrical and Computer Engineering (MSECE). The program seeks to admit 40 students for the initial fall 2012 class, growing to about 150 by 2017.

In addition to the academic program, CMU-Rwanda will collaborate with the Rwandan government to develop four key components:

In Rwanda, the government is aggressively executing the carefully planned ICT vision defined in its Vision 2020 strategy, which aims to bringing Rwanda to the level of a middle income, service and knowledge based economy by the year 2020, so that the country can “leapfrog” into the digital-era global economy. It’s a smart way for a landlocked country to integrate itself in the global economy. 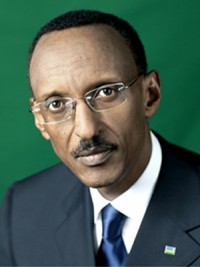 After enabling the environment, defining policies, and developing the ICT infrastructure, CMU- Rwanda is part of the third phase of the Vision 2020 plan: the development of ICT skills to facilitate the creation of a highly competitive ICT based services sector, fueling economic growth. This in turn will promote social and cultural interaction and integration in the society through the use of ICT. As President Kagame (pictured left) said: “ICT is no longer a privilege but a right for Rwandan citizens.”

This will require the involvement of major IT industry partners.

The ICT industry will be primarily based on business process outsourcing, data services in various sectors, and applications deployment and support using a cloud service based model. The significant investment by the government to deploy broadband Internet cables and fiber optic networks across the country will allow it to deliver the next generation of business process outsourcing. 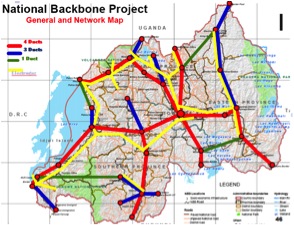 More and more global businesses already are setting up shop in Rwanda. One example is Pixel Corps, a training and production group specializing in digital media production for education, corporate, television and film markets. Rwanda’s access to affordable and stable bandwidth is a key element to their training processes and video production in general. This bandwidth allows Pixel Corps artists from around the world to collaborate with Rwandan artists in real-time and seamlessly exchange large video files common to this industry.

“Building media training in Rwanda provides more than simply jobs and an economic return for the country. It accelerates many other industries intrinsic to Rwanda’s long term success. From tourism and cultural programs to education, health and other national initiatives – compelling visual media provides key support that dramatically increases the effectiveness of these messages. It helps organize, train, and encourage Rwandan citizens as much as it forms the views of Rwanda held by citizens around the world.” said Alex Lindsay, founder and CEO of Pixel Corps.

While one Center of Excellence is not enough to serve the entire continent, it can serve as model for others just like in the U.S. other ICT hubs inspired by the Silicon Valley success appeared later.

This is the most exciting education project I have seen in Africa in a long time, not only because of the quality of CMU but also because of Rwanda’s government commitment to move to a knowledge based economy and its business environment offering the required conditions for success. That is why as a CMU alumnus I decided to join this project as Associate Director and Professor, leaving IBM after 25 years. If you are interested in supporting this project, feel free to contact me or apply here.