Flushing Five Myths About the Business of Sanitation

We’re continually told a number of myths about water, sanitation and the potential for companies to reach the poor in emerging markets that face daunting infrastructure challenges. The markets are too small, the margins too thin, poor consumers would rather spend their money elsewhere, etc. These are just a few of the persistent misconceptions.

A preliminary version of a 2013 study by the Water and Sanitation Program (WSP) and International Finance Corporation (IFC) of the World Bank surveyed more 100 firms providing on-site sanitation services to base of the pyramid customers in four countries: Bangladesh, Indonesia, Peru and Tanzania.

The study debunked many widely held beliefs on the motivations and potential of firms in the growing sanitation market. My co-authors, Robert Warner and Jane Jamieson, and I have finalized this study in our new book, “Tapping the Markets: Opportunities for Domestic Investments in Water and Sanitation for the Poor.”

We hope to pour cold water on five stubborn myths:

1. “Firms serving the base of the pyramid are predominantly micro firms because the market is small.” Myth.

In fact, the market is huge. Between 2000 and 2010, the study countries’ market is estimated at US$300 million a year, about five times the annual trading volume in the Dar es Salaam Stock Exchange. Considering people in the four countries who do not yet have access to improved sanitation, the potential market is even larger – estimated at US$2.6 billion. Of this potential, the poor represent a market worth US$700 million. The paradox is that sanitation is a large market dominated by small players. Why? It seems that there are presently no well-resourced players for whom on-site sanitation is a large enough business to warrant intensive efforts to develop and market solutions, and coordinate activities across the supply chain. Eighty percent of firms catering to the poor in these countries are micro and small firms, constrained by capital, technology and in geographical reach. For larger players, the opportunity is unknown and untested, implying significant investment outlays for research, development and commercialization to move into this business.

Actually, sanitation firms’ margins per sale can climb relatively high up to 40 percent with space to increase by value-adding through labor. The range of firms’ margin is between 15 and 40 percent, quite similar to margins in the construction supply retail business, for example. Micro sanitation firms have already taken advantage of the dramatic increases in contributing margins by moving from manufacture and sale of sanitation components to manufacture of components and installation, adding labor in the process. However, the earnings of an average firm tend to be modest. The challenge is in their low sales volumes. On average, most of the 100 firms surveyed sold between 10 to 15 units each month. As most of the firms surveyed are micro-firms that have limited labor and capital, plus the near absence of marketing activities, they are unable to realize the financial advantage of such margins.

3. “Lack of interest in sanitation is driven by the lack of money.” Myth.

Sanitation is a low expenditure priority for households, but the lack of interest is not necessarily driven by lack of money. Sanitation remains a low priority even where money is not an issue. In the four countries studied, out of the 227 million people without access to improved sanitation, more than 65 percent are living above the poverty line. In Tanzania, 400,000 rural households wealthy enough to have cement floors in their homes do not have improved sanitation. Among the poor, the study found that they spend as much on mobile phones each year as it would cost to install a basic sanitation system. The poor are faced with limited sanitation options and significant coordination challenges, requiring a huge amount of motivation and capabilities on their part to overcome. For poor households, there seems to be just too many reasons for not improving sanitation and to few compelling options to do so. 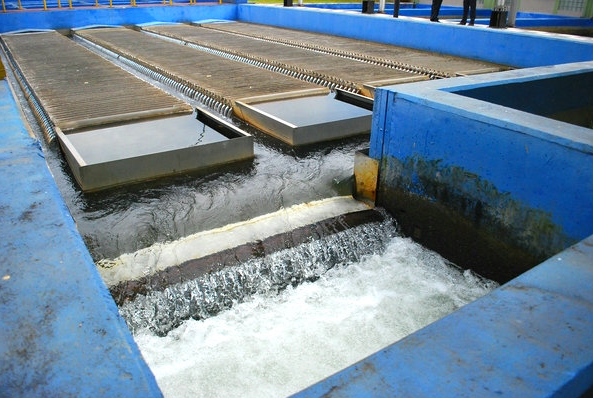 Poor households do not compare their desires against what governments or international standards define as “improved sanitation.” To get households to invest in sanitation, they need an offer they cannot refuse: a quality, high-value facility that is within their reach. In Peru, households at all income levels who have a regular supply of water (80 percent of all households) aspired to a bathroom with a sink and a shower and regarded latrines as a symbol of poverty and social exclusion. The study found that in general, poor households aspired to a much higher level solution and knowingly quoted prices of what they might pay to get their ‘ideal,’ which comprised a large portion of their average income. Some households, sensing the futility of this desire, ‘made do’ with a less desired option. An exceptional phenomenon of ‘making do’ is the popularity of fake bathrooms in Peru, that is, a toilet with a shower and sink even if the household was not connected to the water network! The poor are looking for a compelling offer and a better buying experience – one where quality products are affordable (or supported by financing) sold through a credible agent that presents options and complete solutions.

5. “Policies promoting sanitation are critical for the private sector.” Myth.

Sanitation policies do not all have the same relevance to the private sector. Our research found that with respect to engaging the private sector in the on-site sanitation market, the impact of current sector policies was limited. On the other hand, current policies do not seem to have hindered private action – the majority of poor people still look to the private sector to assist with self-supply. Interviews with enterprises directly providing services portrayed a situation where policies and government agencies were largely seen to be of no consequence. In Bangladesh, nearly all surveyed enterprises said they did not know, when asked for an opinion about the clarity of rules and standards for sanitation, while 55 percent of firms in Peru disagreed or strongly disagreed that rules were clear as did 50 percent of firms from Tanzania. Asked whether sanitation promotion programs were well publicized so that firms can look out for business opportunities, a similar pattern of responses emerged. The responses seem to reflect that public policies could be more relevant if they aimed at lowering specific barriers or addressing risks that the private sector perceived.

6. “Scaled delivery of sanitation service is constrained by the fragmentation of the supply chain.” Truth, and perhaps, more than we knew before.

Currently, final delivery of sanitation either rests on households themselves or on micro- and small firms reliant on customization at the local level. Present solutions are not amenable to mass production and distribution. Why? Part of the answer is that the supply chain is not geared towards generating value for sanitation. It is mainly a construction supply chain where inputs pass through agents for whom sanitation is a small part of their business – no one is innovating and vertically integrating inputs. Linked to the fragmented supply chain is the high embedded costs of transporting inputs, which not only adds to the final price of sanitation construction, but has slows installations – making sanitation, literally, out-of-reach for many. Transport and delivery is estimated to add between 10-20 percent of the inputs prices from wholesale or national sellers to the local firm dealing with households. Transporting heavy and bulky items like cement slabs and rings is costly and difficult for households – sometimes resulting in breakage while in transit, which for them is a huge investment down the toilet. The reality is that under the current supply structures households require a lot of coordination, which only increases the hardships of installing a simple toilet.

Jemima Sy is the business area leader on Private Sector for the World Bank’s Water and Sanitation Program.

Editor’s Note: The book will be officially launched on Feb. 27 at the J Building of World Bank Headquarters, in Washington D.C. Those interested in attending the launch and a discussion on Revisiting the “Fortunes at the Bottom of the Pyramid”: Do We Have the Means to Realize a Billion Dollar Development Opportunity?, which is set for 12-2 p.m., should to RSVP to infoshopevents@worldbank.org. The book is available for free via ISSUU or to download as PDF. Hardcopies are available through World Bank Publications/InfoShop and Amazon.