With the Hurricane Irene fake out and the ever-intelligent and always entertaining iPhone Siri, it’s hard to choose the most exciting part of 2011. But there is one trend whose resurgence over the past year has impacted thousands of lives, and it’s my favorite part of 2011: more and more brands have been channeling their work to bring basic goods and services to the populations of the world who would otherwise lack vital necessities. While this strategy began long before 2011, it seems that many brands have perfected this business art over the past year, delivering both great products and filling BoP voids.

Take what I think is the best recent example of a brand committed to helping the BoP population: Warby Parker. (Note: Warby Parker was actually launched in 2010, but 2011 has brought the company so much press that it is hardly possible to keep up with it.) Warby Parker sells inexpensive, highly fashionable eyewear with the promise to give a pair to a child in need for every pair sold. While larger eyewear competitors make it difficult for consumers to afford a pair of glasses for themselves, Warby Parker’s charitable promise has afforded them B-Corp status.

The reasons why Warby Parker has gotten this approach right is threefold: First of all, their products are undeniably cool. (Full disclosure: In some ways this post is a longwinded thank you note to my husband for buying me a pair this holiday season.) While charities have been selling tees and totes for decades, Warby Parker knows that the product drives the purchase and this belief has proven itself: the company soared past its first year sales goals within 3 months of launching, delivering the gift of sight to thousands of consumers and BoP individuals in the process. Secondly, the company’s promise to give a pair of glasses to someone in need is so simple that it can fit into any sentence that describes their work; anybody who has heard of Warby Parker knows that they do even more than sell affordable, fashionable specs. Thirdly, Warby Parker bypasses the common criticism that one-for-one models can be more disruptive than helpful; its partnership with VisionSpring does not only drop eyeglasses in the developing world, but empowers local community members (instead of supplanting them) by employing and training them as vision entrepreneurs. Warby Parker doesn’t only have its sights set on profits through the sale of awesome products, rather the team is looking to help the BoP in a genuine way while gaining visibility in the eyewear market. 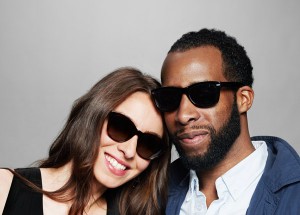 Companies have been talking about the importance of Corporate Social Responsibility (CSR) more and more frequently, and that discussion will hopefully lead many charitable efforts in the developing world. But, the companies like Warby Parker above are doing more than just writing and boasting about their charitable checks; beyond fighting for social causes, these brands are gathering huge audiences of consumers who become philanthropists through every purchase. There are many examples of brands that contribute to the trend of socially responsible products that help the BoP which I hope to cover in an upcoming post. FEED, Fonderie 47 and Maiyet are just a few that have caught the public’s eye during 2011. These brands are not only making socially conscious purchases trendy (God knows it was trendy already), but sticky, memorable and appealing. This reinvigorated trend has given us an exciting 2011, and will hopefully fill 2012 with more great products, interesting discussion and oh yeah-relief for people at the BoP.

In Case You Missed It … This Week On NextBillion

Best Ideas of 2011: The Reshaping of Capitalism By Jonathan Kalan

The Best Ideas of 2011: The Power of Collective Action By Nilima Achwal

Best Ideas of 2011: Storytelling and Cultivating the New Storytellers By Oscar Abello

Best Ideas of 2011: Invest in Africa By Rebecca Regan-Sachs

Best Ideas of 2011: Improvising at the BoP By Martin Herrndorf

Tags
Base of the Pyramid, social enterprise