Gates Goes in on Impact Investing: What the philanthropist’s investment in Unitus Seed Fund could mean for BoP investors

Acting as a private investor, Bill Gates has made a contribution to the Unitus Seed Fund, which provides venture capital to base of the pyramid businesses in India.

Despite the different legal entities, both fiscal vehicles will make investments into the same portfolio of companies. Unitus Seed Fund has taken equity stakes in 14 businesses in the health care, education, mobile commerce, e-commerce, retail and distribution, agriculture, water, and energy sectors. All of the firms cater products and services to consumers and merchants at the base of the pyramid.

“Impact investing is a powerful model with the potential to build markets and drive change for the people who need it most,” Gates said in a statement on the Unitus Seed Fund blog. Gates’s investment was not associated with the Bill & Melinda Gates Foundation, which he co-chairs.

In a phone interview on Monday, Will Poole, co-founder and co-managing partner of Unitus Seed Fund, said the group has always tried to be transparent when it comes to its backing investors, which is hardly the norm for venture capital funds who tend to keep that information private. Poole hopes investors who disclose their names will serve as “trendsetters for others to follow” when it comes to advancing the field of impact investing.

Though the amount Gates invested remains undisclosed, Poole told me that “The story is hopefully much larger than his investment in our fund, and that is that (Gates) and other very high net-worth individuals are seeing an opportunity to make good money while at the same time making a difference for humanity. And you’re seeing this from well-respected investors and well-respected philanthropists.” 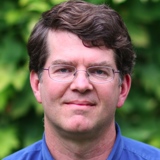 “There’s a bit of a failure in capital markets to address the need at that seed stage, particularly at impact,” Poole said. “A similar gap exists in other countries as well. Another objective is to show one can profitably invest in the seed gap, and hopefully as a result of our success there, others will follow along and create similar funds in different geographies.”

An important metric toward measuring their success, Poole said, is the number of companies Unitus helps to get to subsequent rounds of financing. Hippocampus Learning Centres, which provides kindergarten and after-school support in rural India, and Milaap, a microloan crowd-fundraising platform, have both gone on to additional venture rounds following Unitus investments.

Several other Unitus Seed Fund firms are moving quickly on scaling up. One such investee, mGaadi, which models itself as an Uber-like service for rickshaw drivers, launched just over a year ago with 500 drivers. As of May, more than 2,100 drivers were part of the firm’s network.

Tags
Base of the Pyramid, impact investing, investment fund