How Haiti is Becoming a Leader in the Production of Quality Clothing: Industrial Revolution II is taking on the old garment industry

Three business leaders did what others might think is too risky and counterintuitive.

Joey Adler, the CEO of Diesel Canada and founder of the OnexOne Foundation; Richard Coles, the owner of Multiwear, one of Haiti’s leading clothing manufacturers; and Rob Broggi, a former hedge fund executive, created a company to demonstrate that Haiti is a source of higher-priced, high-quality clothing. This shifts away from the prevailing paradigm of Haiti as only a low-cost producer of commodity garments. In 2013 they launched Industrial Revolution II, also known as IRII, a Haiti-based garment factory that while competitive, will still invest 50 percent of profits into its workers, their families and the community.

The textile and clothing industry plays a critical role in Haiti’s economy. As of 2010, it employed 27,000 workers and represented 80 percent of the country’s exports, according to a report by the Congressional Research Service. The earthquake that rocked Haiti in 2010 caused considerable damage to the clothing industry, with rebuilding costs around $38 million. Despite reconstruction, the focus of the Haitian industry on high-volume, low-end production has resulted in low wages and poor working conditions. The tragic November 2012 fire in Bangladesh that killed 112 workers and the Rana Plaza disaster that killed 1,130 workers last year, for many, have underscored the need to change the paradigm for clothing manufacturing in the developing world and create a fairer business model in which employees, owners and consumers can share value.

Curious to see what IRII has achieved in a few short months of operations, I took a trip to Haiti earlier this year. While IRII has received much good press, I wanted to see with my own eyes if this ambitious endeavor had found a way to benefit workers while being commercially viable, serving as a benchmark for the industry in Haiti and the rest of the region. Opportunities for the Majority (OMJ) has played a major role in this effort and supported IRII with a loan to renovate and equip a run-down industrial building in the Sonapi Industrial Park near the Port-au-Prince airport, home to much of Haiti’s clothing industry. 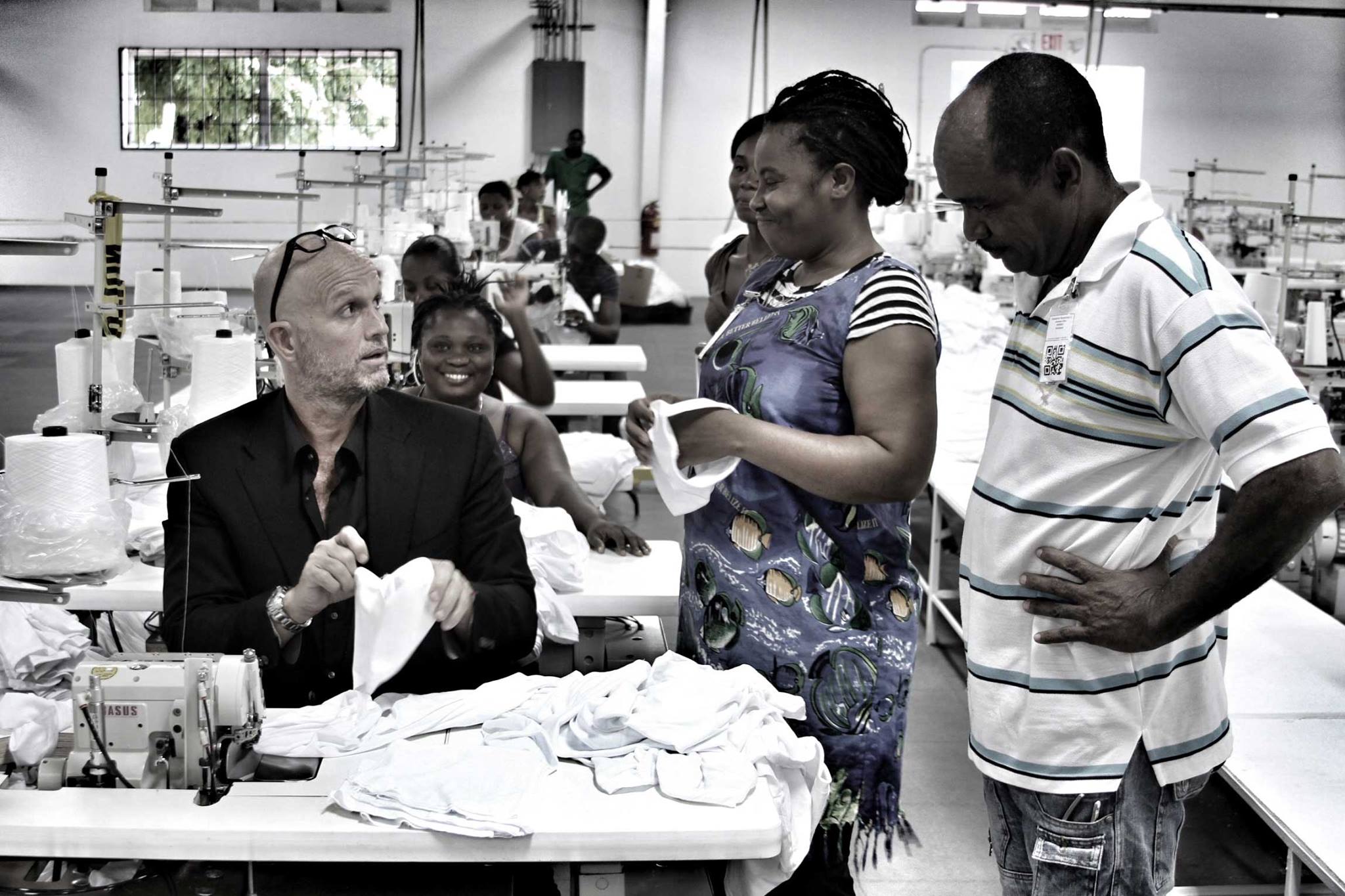 Opening in September 2013, IRII has already contracted 88 operators, 70 percent of whom are women. Instead of hiring away from other clothing manufacturers, IRII selected individuals with no prior sewing experience and put them all through an intensive three-month training program. What is remarkable is that for most of the employees, this is their first formal job. The training teaches them to work cross-functionally in groups, each responsible for his/her own quality control, as opposed to a piecemeal assembly line approach. The management group of about 15 consists of Haitians and various Filipinos who have worked for many years in the Haitian textile industry. Finding skilled management, however, continues to be a major challenge in Haiti.

Highlights of the sustainably-constructed factory include several novel features:

The production process has been designed to accommodate shorter runs with more frequent changes and multiple SKUs (stock keeping units) as demanded by the fast-paced fashion industry. IRII’s first client is an American clothing company that is a major supplier to the spiritware market. Having lost its supplier in Pakistan a few months before Christmas, it was desperate to find a replacement, and IRII was able to deliver the goods.

IRII has now developed some smaller ethical wear clients for whom the social aspects of IRII’s business model are important. The list of potential clients increases every month. IRII seems off to a good start and is demonstrating that economic and social sustainability are not incompatible and that it is possible to break paradigms, if only the vision and will are present.

Rahul Desai coordinates the operations of Opportunities for the Majority, an impact investment unit developed at the Inter-American Development Bank to support inclusive businesses targeting lower income communities as consumers, producers, owners or employees. IDB is a NextBillion Content Partner.

This blog was originally published on the IDB’s Private Sector Blog.