Most people expect that tech-savvy young people are more likely than their older counterparts to adopt and use digital services, of which digital payments are a key category.  While this is true in middle-income and upper-income countries, it is in fact not true in sub-Saharan Africa or in low-income countries in general. The World Bank’s latest Findex survey reports that in 2017 just 31 percent of Sub-Saharan Africans aged 15-24 years had made or received a digital payment in the prior year, compared with 37 percent of those older than 25. What accounts for this unexpected differential? 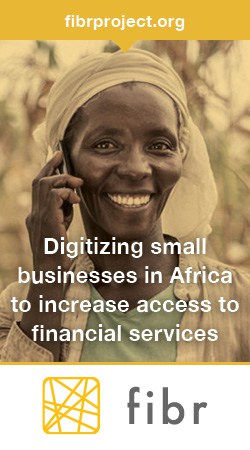 There are many possible explanations supported by the Findex findings, from insufficient funds to a lack of trust in financial institutions. But there is a broader global trend emerging which might just change these numbers, and the entire financial inclusion game: the rise of superplatforms. As defined in our previous white paper and explored in our NextBillion post earlier this year, a superplatform is a “platform of platforms” which can leverage its data and tech capabilities over multiple sectors – even if, like archetypical U.S.-based superplatforms Facebook or Amazon, or China’s Alibaba or Tencent, it only dominates one sector. Our paper made the case that superplatforms in financial services are likely to arrive in underserved markets in Africa, and that when they do, these superplatforms will have a decisive effect on promoting financial inclusion – even if this is not their main or even expressed intent. We argued that this was because of the competitive advantages and business models of these superplatforms, which will likely disrupt incumbent models in the financial sector. But what does this disruption mean for young adults?

Here, we discuss four mechanisms by which the arrival of superplatforms in Africa is likely to have a significant positive effect on financial inclusion, small business and employment for African young adults in the future.

First, let’s consider a frequently mentioned reason for not having an account: “insufficient funds.” It seems likely that this is really a way of saying “I don’t have use cases for a formal account.” If that’s the case, then superplatforms change the demand side equation: By making e-commerce both accessible and desirable, they create strong reasons – especially around digital goods like music downloads – for having a digital wallet. Even if this wallet seems unnecessary for its own sake, it becomes appealing for the things it can buy, which cannot be bought with cash. In other words, superplatforms will fuel desire and demand.

Second, the e-commerce-centered superplatforms like Amazon and Alibaba (and regional counterparts like Jumia in Africa) offer a whole range of services which make it easier for small merchants not only to sell to a wider market online, but also to undertake a range of customer-facing services which new and small businesses struggle to carry out themselves. These include fulfillment services for physical goods, client service guarantees, accounting for sales and inventory, and receiving and managing payments. FIBR, an initiative of BFA with the support of Mastercard Foundation, has been researching the value of superplatforms to small merchants and the adoption of e-commerce in Africa. Increasingly, we’ve found that superplatforms offer credit for small businesses based on being able to observe and verify the cash flow and performance records of these businesses even though they may have no credit report. That means superplatforms will accelerate the entry and survival of new small businesses, and through enhanced marketing, they will also fuel their growth.

Third, by the criteria they set for the creation of buyer or seller profiles, superplatforms set new standards for the creation of functional digital identities which may be linked to, or independent of, national identity documents. These documents are often not very useful in an online environment anyway, on top of the difficulties young people report in obtaining “correct documentation” (such as that which banks require and rely on). By overcoming this bottleneck, superplatforms offer easy and convenient licenses – to the digital world at least. Superplatforms also facilitate the creation of unique business identifiers by allocating internal reference numbers, and they can be an on-ramp for these businesses into national business identities, taxes, benefits and services. In this way, superplatforms will change the nature of formality for commerce.

And lastly, there is now empirical evidence of the extent to which the fast-growing ecosystems of firms of all sizes that emerge around superplatforms create new jobs, of which the youth may be disproportionate beneficiaries. A recently published study by labor economists at China’s Renmin University found that Alibaba’s main e-commerce platforms alone created 14 million new jobs in China in 2017. A follow-up survey of 1285 firms using these platforms revealed that nearly 80 percent of their workforce was under 30 years old, and 45 percent of their employees had a three-year college degree or higher. Despite tilting younger, almost two thirds of these employees now earned a salary of more than RMB 4000, close to the Chinese national average of RMB 4450. This was more than double the proportion which reported earning over RMB 4000 when the firms started in e-commerce. So, there is reason to believe that superplatforms will power better-paying jobs for young workers.

Stimulating demand for digital financial services, enabling microbusiness startups, changing the notion of digital formality and identity, and creating new jobs: These are all potential channels through which the arrival of superplatforms – especially in e-commerce and related services – may change the outlook for young adults.

Yet though the financial and tech muscles of the largest superplatforms are very strong, their visions are ambitious, even for them: Alibaba aims to be measured in size among the ten largest economies (not merely businesses) on earth by 2030. And Amazon touts itself as “Earth’s most customer-centric company.” If these firms can realize even part of the potential we’ve outlined above, then the future for most African young people may well be more positive than official profiles of the jobless today would suggest. To build feasible pictures of just how the rise of e-commerce – the lifeblood of many superplatforms – may affect youth in Africa, BFA and Mastercard Foundation are currently engaged in a new scenario-building project. This project will look closely at the evidence coming out of China and assess its relevance for Africa. Our hope is to inform the choices that can be made now, to make positive future outcomes more likely.

David Porteous is a co-founder and chair of the Digital Frontiers Institute, and the chair and founder of BFA, a NextBillion partner.

Olga Morawcynski is a project manager at MasterCard Foundation (MCF).

Amolo Ng’weno is the East Africa Regional Director for BFA.