A Day at Husk Power University

Acumen Fund invested in Husk Power Systems (HPS) in 2010 to help them scale their innovative business model of using discarded rice husks as a source for rural off-grid electricity generation. HPS has since expanded to over 90 plants all over Bihar, India, and has launched Husk Power University (HPU), a technical training institute for future mechanics and operators for HPS. One of the students, Sirish Nath Ram was a tailor in Padrauna before he decided he wanted to switch professions. When questioned why, he offered: “As a tailor, I only use my mind. I get greater satisfaction as a mechanic because I use my mind and muscle.”

HPU offers individuals like Sirish Nath Ram the ability to train and learn new technical skills, which eventually leads them to better incomes and more opportunities for employment.

Husk Power University (HPU) at Barauni is a 3.5-hour drive outside Patna. HPU has been in operation for over a year and has since recruited, trained, and placed approximately 40 mechanics and operators to its various plants in Bihar. 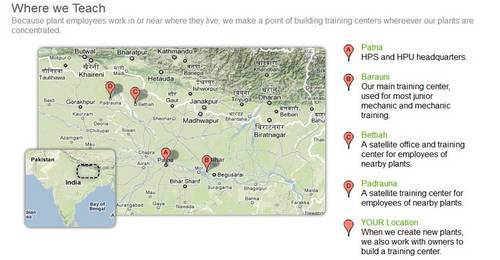 Back in Barauni, students are taught the theory of how the plant functions. Below, Tiwari ji (the trainer) is explaining the process of purifying the bio gas. 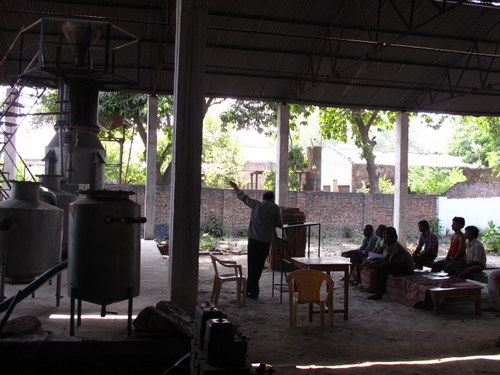 Students are gradually exposed to more complex engines – as well as the various processes that are required to make sure an engine is serviced regularly and functions effectively. They are encouraged to work with the components, to gain confidence and familiarity with the equipment out in the field. 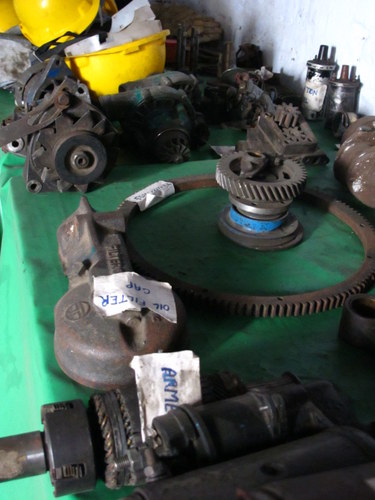 Parts are labelled and laid out, and students are tested on their ability to remember the names of parts and their uses. Only students who score satisfactorily on the written, oral and practical tests are deemed fit to operate plants in the field. 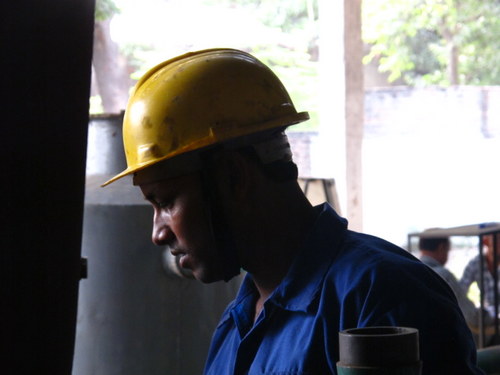 Sirish Nath Ram is a trainee who has completed 4 months of training at HPU. He’s in his final weeks of training before he’s sent to one of the plants to be an Operator (hopefully to Padrauna, the region he’s from). The Training Managers try their best to send new mechanics and operators to plants near their home towns so they’re close to their families. 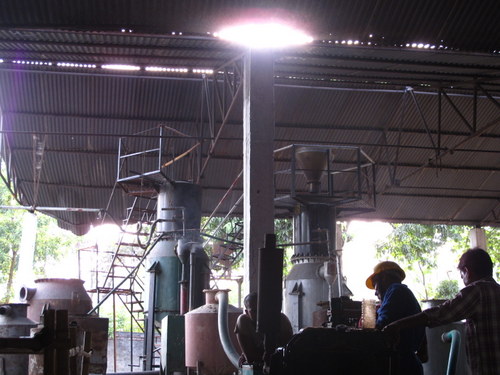 Sirish Nath Ram works to try and fix a problem in the engine of the plant – the last challenge as a trainee. Often, training managers simulate errors for the students, to test their ability to act under pressure and unusual circumstances. 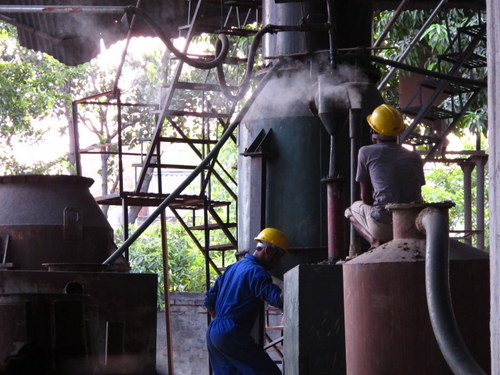 Students work in a collaborative and supportive atmosphere, where group discussion and participation is encouraged. When Sirish Nath faces a hiccup, another trainee assists him. 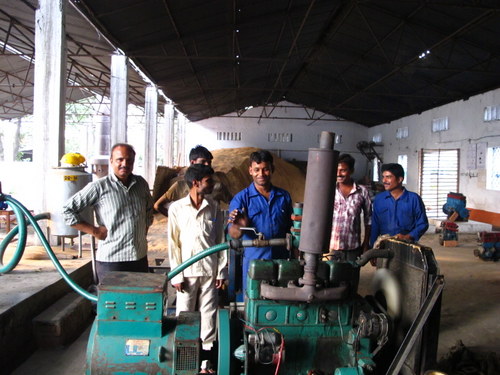 Success! The engine starts chugging and Sirish Nath Ram has passed the test! His peers and Tiwari ji stand around him, happy to have successfully completed the training of one more operator for Husk Power Systems.