If you want to obtain different results, don’t do the same things. Improve your potential by combining systems that meet skills and strengthen creative gaps. Make the change you want to see as clear as the problem you want to solve.

Held in collaboration between American Express and Ashoka Changemakers, it was the third boot camp in North America this summer and aimed to increase the impact of innovators’ social initiatives. Over an intensive two days, numerous workshops covered everything from systemic change and communication strategies, to storytelling and tips for framework change and policy advocacy. Fifteen young entrepreneurs from different states across Mexico such as Nuevo Leon, Chiapas, Oaxaca and Mexico City attended the boot camp, and were selected based on their innovations, social impact, entrepreneurial qualities and leadership potential.

“This experience is Ashoka Mexico´s first step in launching an accelerator program with the goal of promoting the emergence of leading social entrepreneurs. We gave innovators to the skills needed to help professionalize their initiatives so they can become high impact changemakers” explained Friné Salguero, Director of Venture and Fellowship for Ashoka Mexico and Central America.

Selene Castilla, the Masters in Business Innovation (MBI) associate director at Cedim Mexico DF, led a systems change workshop, telling the group: “This workshop is not about becoming more creative, but being more creative. Drive your ideas beyond the edges. Improve your potential by combining systems that meet skills and strengthen creative gaps.”

The workshop asked innovators to question and develop probable solutions to a common problem in their everyday life. After identifying the needs they wanted to resolve, she asked four simple questions to close the gaps:

1) What is the challenge?

“Individuals who depend on the public health system must deal with a lot of severe gaps in services, among others, denial of care for certain causes like discrimination, especially against those who suffer from sickness that generate a stigma, such as HIV,” he said. “The problem doesn’t stop there since the lack of formal complaints of patients allows the domestic authorities to ignore severe functional problems and rights violations.” 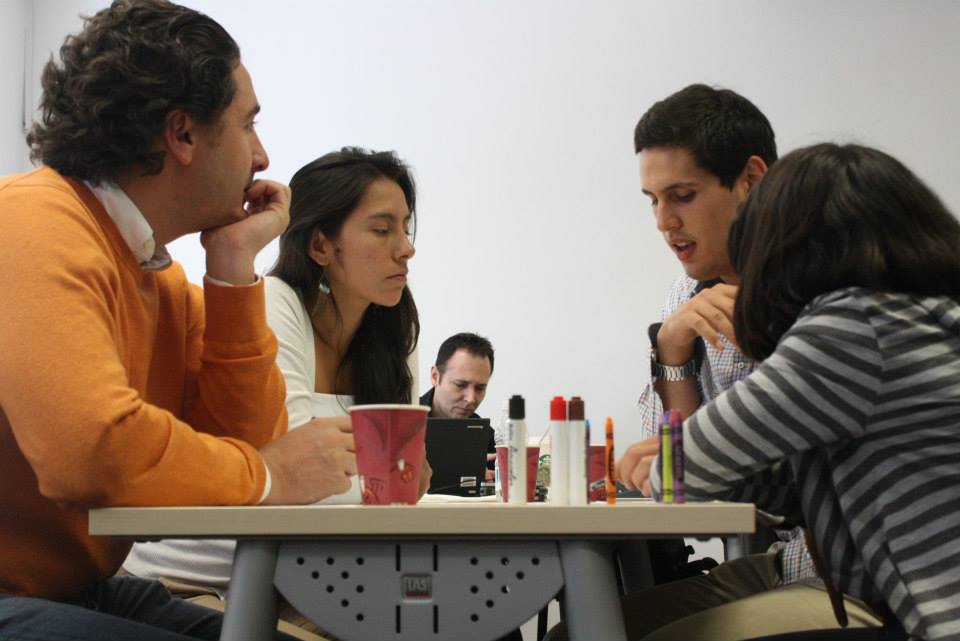 With this hurdle, Adrián had to find a systemic way of solving the problem: “Evidence-based advocacy; a set of strategies and legal activities, social and political, made ??by citizens, individually or organized, in order to constantly monitor government actions and private entities.” With this idea, he created a database of official information, including number of people living with HIV within the IMSS records, documentation of cases, information about treatment and complaint system development, among others.

“The change you want to see has to be as clear as the problem you want to solve,” said presenter Guadalupe Mendoza helped to set the tone for the next session: a logical framework workshop. Additionally, innovators participated in a self-reflection exercise, asking themselves questions like: ”What do we want to achieve?” “How will we make the change?” and “How do we know we are moving forward?” Answering questions like this helped innovators to redesign their main objectives, goals, mission, strategic planning, and short and long-term impact.

Other speakers included Patricia Herrera, the director and founder of Pontis Consultants, a social impact consulting firm, who led a panel on how to influence public policy; and Karla Soberanes, from Valores Mujer, who shared her experiences in one of the greatest challenges of organizations: economic sustainability.

“To earn the trust of your donors, you should be able to sell your organization. In fact, the fundraising process takes time, patience and meticulous planning,” Soberanes said.

Fundraising tips were shared amongst the group, including advice around income diversification, positioning and communication, strategic alliances and recurrent income. “Existing or potential donors are an investment and should be treated as invaluable customers rather than as mere sums of money about to be obtained,” Soberanes said.

Upon closing of the boot camp and armed with a refreshed set of skills, innovators participated in a pitch contest before five judges. Héctor Elizondo from Yo Reciclo, Alejandro Maza from Yo Propongo and Pedro Gómez from Proyecto METAS were named the winners and obtained a pro bono strategic planning session from our partner, Desarrollo Humano Empresarial, and a scholarship to a course on sustainability from Universidad de Medio Ambiente.

“Apart from all the workshops it was very valuable to participate in the exchange of knowledge and experiences with other innovators like me,” said Jesus Herrera from Consciencia Hídrica. “One of the pillars of the American Express Foundation relates to the strengthening of leaders working on the third sector. We are confident that this Boot Camp will not only contribute to the training of these young entrepreneurs, but also inspire them to continue working passionately in the name of social causes” said Jorge Guevara, encouraging the innovators to continue growing and spread a culture of changemaking.

Carla Rivero is a strategic alliances analyst in Institutional development for Ashoka Mexico. Smita Satiani is project manager for Ashoka Changemakers, an open-sourced community of action that connects social entrepreneurs around the globe.